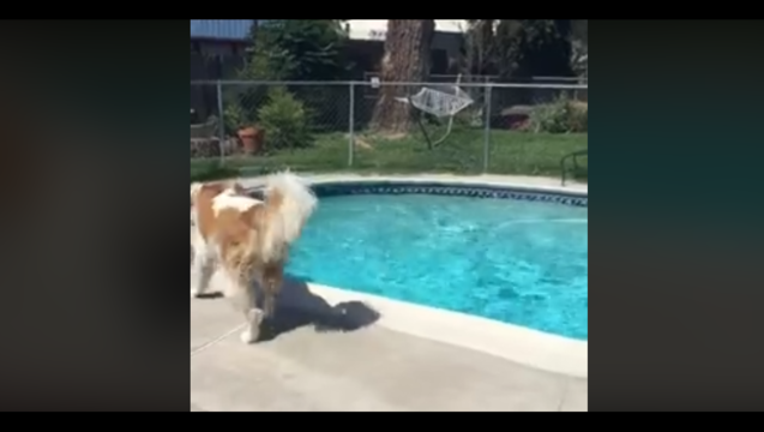 The powerful quake was felt across Southern California, Nevada, Arizona and even Mexico.

Some reported they did not receive a shake alert notification. The City of L.A. attributed the lack of notification due to the fact that the shaking was below a 4.5 and only sends alerts if shaking is over 5.0 in L.A. County.

RELATED: The reason why some didn't receive the alert

While the mobile app did not alert some residents, this canine, named Yumi, was able to alert her owner.

The Facebook video captures the canine barking in their backyard when the earthquakes struck.