HCSO & Crime Stoppers released this surveillance video of a man approaching Deodrick Bradley at his home before shooting him in his garage. Bradley made it inside his home where he died of the gunshot wound.

HUMBLE, Texas - Harris County Sherrif’s Office has teamed up with Crime Stoppers to ask for the public’s help identifying a suspect responsible for a murder in North Houston.

Deodrick Bradley, 29, was shot in his garage after spending the morning working outside and watering his garage.

The shooting happened September 30 at the Bradley’s home near 3600-block of Arbor Trail in Humble.

After being shot in the garage, Bradley was able to make his way inside his home where he was discovered by his wife later that day. She had not heard back from him all morning long.

“A lot of time in our community, we know stuff. I just want you to do the right thing even though you feel like you don’t want to get involved,” says Raneda, Deodrick’s wife.

Deodricks wife tells us, Deodrick was a father, husband and business owner. He was loved by the community and was known to be the guy to always offer help.

Detectives say Bradley may have known his killer because there was a small greeting before the gun was fired. 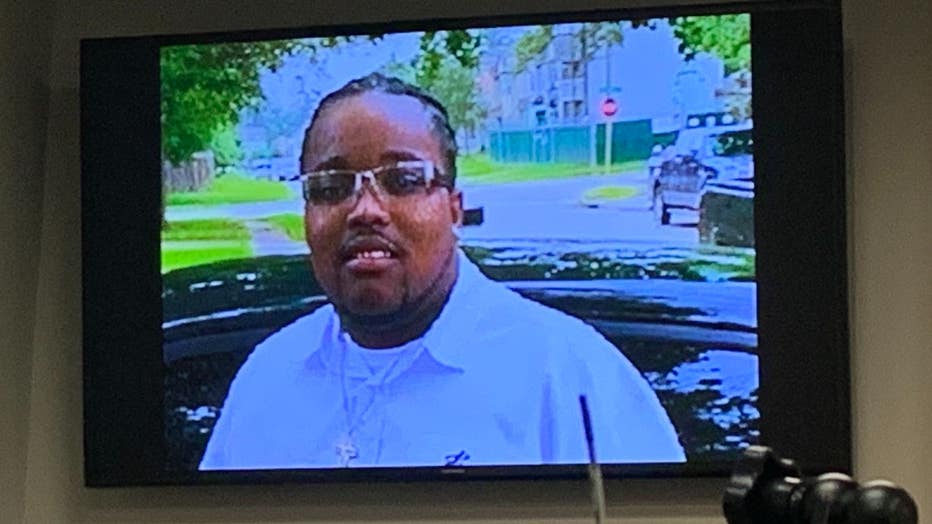 The suspect is described as a black male wearing a multi-colored sweatshirt, gray pants, and red shoes.

Harris County detectives are hoping the multi-colored sweater in the pictures will lead to more information on who this suspect is.

Crime Stoppers is offering a $5,000 reward for any information of the suspect or suspects' arrest.

If you have any information you can call the Crime Stoppers tip line at (713) 222-TIPS. Tipsters can remain anonymous.