In recent years, Hollywood and historians alike have attempted to reveal the deep and dark mysteries of Georgia’s most storied body of water. But as another busy season on Lake Lanier comes to an end, FOX 5 Storm Team Meteorologist Jonathan Stacey goes underwater with a veteran diver who makes it his mission to recover all-things odd and ordinary lurking in the lake.

HALL COUNTY, Ga. - The dark waters of Lake Lanier have fascinated Georgians for a while, and nobody knows more about the lake's hidden treasures and dangers than Richard Pickering.

Pickering, a veteran diver, has made it his mission to recover all things odd and ordinary lurking in the lake to keep Georgia families safe.

He knows more than a thing or two about the present, but not so clear dangers of the underwater forest known as Lake Lanier.

"You can’t see because it is pitch black. I mean pitch black," Pickering says.

"This is not recreational diving by any stretch of the imagination. This is serious diving - it’s very dangerous," he says. 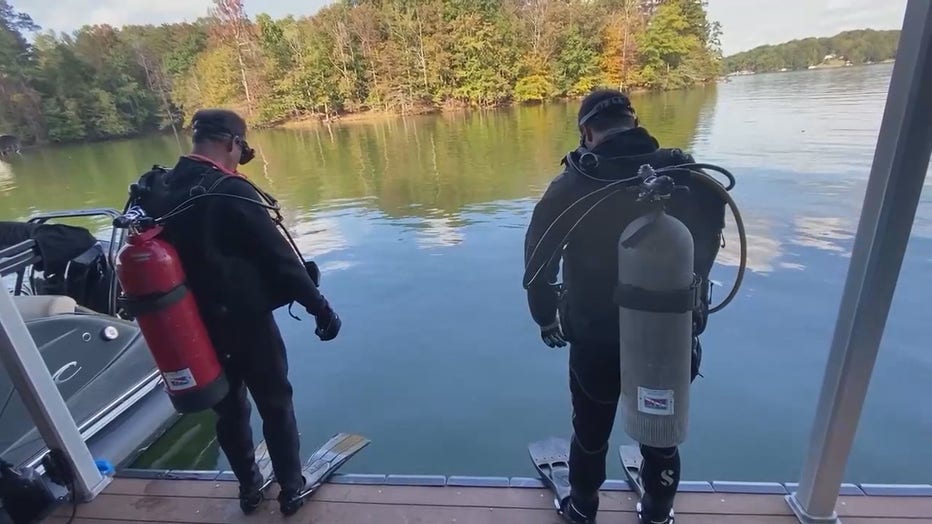 Every day during the busy summer season, Pickering and his partner, Ronin Molina-Salas, suit up, strap on their 40-plus pound oxygen tanks, and get ready to dive in.

"Think about taking a rock, throwing it into a mud puddle. It makes a big splash. It makes a little wave. In the middle there’s a little hole. So, when we go down to the bottom, we’re looking in those holes - a hole that doesn’t belong on the bottom - a fresh hole. It looks like a little volcano almost, and that's where we stick our hand down in and come up with something," Pickering says.

They find things big and small, his Facebook pages are an archive of the lake’s lost and found.

"I see things that other people don’t see on the bottom of the lake," he said. 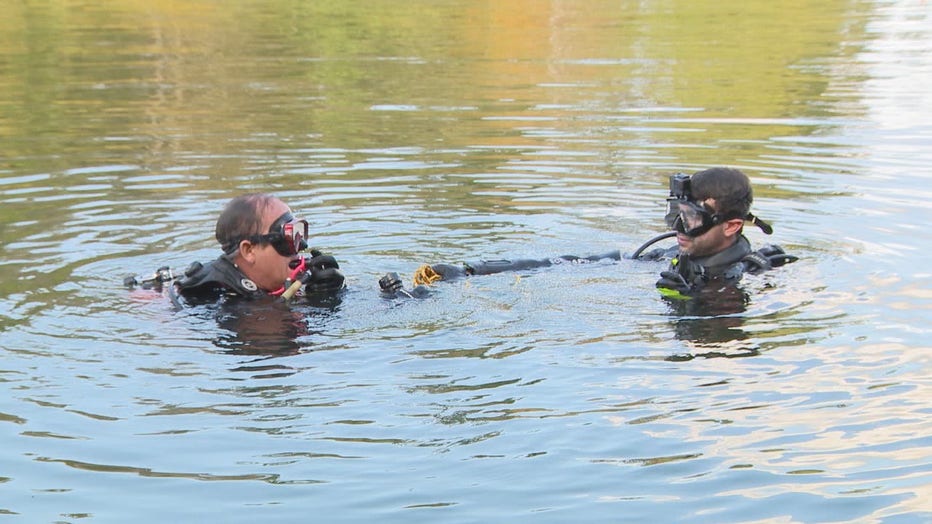 So, with an impressive 95% recovery rate, Michelle Blizzard knew exactly who to call when she needed help a few weeks ago.

"I just wanted my glasses, and that’s all I thought he was going to find," Blizzard said.

But after doing a more thorough sweep of this Gainesville homeowner’s dock area, Pickering found old lawn furniture, a fishing pole, and a boulder, but that wasn't all.

"And lo and behold, I went over there and there was a teepee that some fisherman had erected," he said. "It's extremely dangerous because those sticks were sticking straight up right where kids were jumping. Never seen it before." 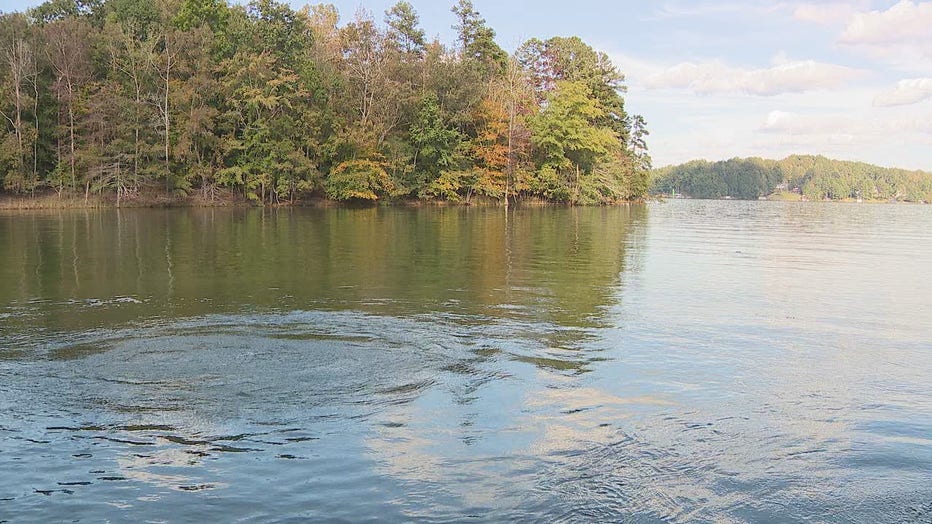 A potentially deadly hazard to an unsuspecting swimmer.

"I never thought it would be something that would be harmful to my family," Blizzard said.

Pickering put the teepee back together on land.

He says recreational swimmers and divers should never try to recover items lost in the lake.

If one of your belongings is lost underwater, Pickering says you should take pictures of your surroundings, so a trained diver can use them to close in the area they'd need to search.