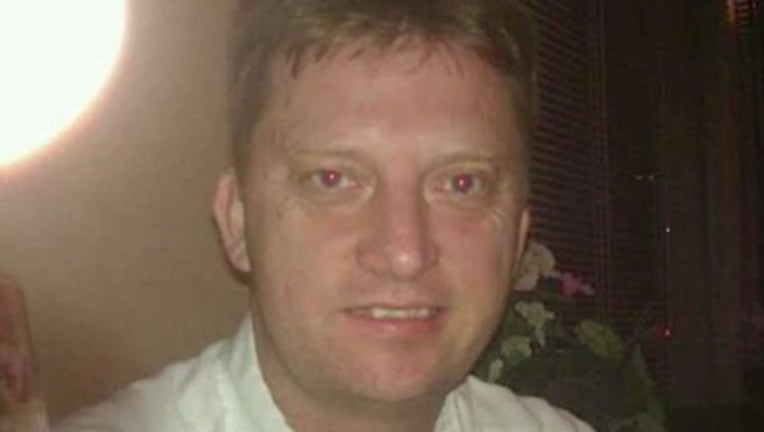 WASHINGTON - A Navy veteran detained in Iran for nearly two years has been released and started making his way home, with the first leg on a Swiss government aircraft, U.S. officials said Thursday. “The nightmare is over,” his mother said.

The U.S. special envoy for Iran, Brian Hook, flew to Zurich with a doctor to meet freed detainee Michael White and will accompany White to the United States aboard an American plane, the officials said.

White’s release was part of an agreement involving an Iranian-American doctor prosecuted by the Justice Department and followed months of quiet negotiations over prisoners. The two countries are at bitter odds over U.S. penalties imposed after President Donald Trump withdrew the U.S. from the 2015 nuclear deal and over the killing by American forces of a top Iranian general in Iraq at the beginning of this year.

“I am blessed to announce that the nightmare is over, and my son is safely in American custody and on his way home,” White’s mother, Joanne White, said in a statement. She thanked the State Department and Bill Richardson, a former U.S. ambassador to the United Nations and onetime New Mexico governor, for raising her son’s case with the Iranians.

Richardson, who met with Iran’s foreign minister and ambassador to the U.N. about the case, said in a statement that the “release should have and could have been done earlier, but I am glad and relieved that Mike is on his way home to get treated.” White had been diagnosed with coronavirus but has been recovering.

The news was promoted on Twitter by Trump, whose administration has said it considers the release of detainees and hostages a priority. “I will never stop working to secure the release of all Americans held hostage overseas!” he said.

White, of Imperial Beach, California, was detained by Iranian authorities in July 2018 while visiting a woman he had met online and fallen in love with. He was convicted of insulting Iran’s supreme leader and posting private information online and was sentenced to a decade in prison.

“Simply put, the ‘charges’ against Michael were pretexts for a state-sponsored kidnap-for-ransom scheme,” family spokesman Jon Franks said in a statement Thursday. “The tragedy of this case is Michael’s only crime was falling in love with Iran and its people for whom he cares deeply.”″

Despite widespread speculation, White’s release was not related to the deportation to Iran this week of Iranian scientist Sirios Asghari, the officials said. White’s release was predicated on another prisoner deal involving an Iranian-American defendant who is expected to remain in the U.S. The details of which were to be released later Thursday.

In March, White was released from prison on a medical furlough as Iran struggled to cope with the coronavirus outbreak and turned over to the Swiss Embassy in Tehran, which represents U.S. interests in Iran. He was among tens of thousands of prisoners granted medical furloughs by Iran, which was one of the first countries to be hit hard by the pandemic.

White’s mother has told The Associated Press that she was especially concerned about her son’s health because of his battles with cancer, and Richardson called on Iran to grant him an immediate humanitarian evacuation.

The U.S. has also called on Iran to release other Americans who are still jailed. Siamak Namazi, an Iranian-American national, remains in Iran’s Evin prison after being convicted of collaborating with the United States — charges a U.N. panel has said are bogus. Morad Tahbaz, an Iranian with U.S. and British citizenship, was part of a group of environmental activists sentenced on espionage charges and remains in custody.

In her statement, White said her prayers were with their families and “the families of so many other wrongfully detained Americans around the world.”

Namazi’s brother, Babak, said he was happy for the White family but distressed that his brother was not released. He also noted that his 84-year-old father, Baquer, who was also convicted, is out of prison but has not been permitted to leave Iran despite his poor health.

In December, Iran released Xiyue Wang, a Chinese-American Princeton University scholar held for three years on widely disputed espionage charges, in exchange for the release of a detained Iranian scientist.

In March, the family of former FBI agent Robert Levinson, who vanished in Iran 13 years ago, said they had been informed that U.S. officials had determined that Levinson was probably dead. Officials have not said how they reached that conclusion.