Officials asks fans to download the 'See something, Say something' app

ATLANTA - The mass exodus from Mercedes-Benz Stadium began earlier than normal at this year's Chick-fil-A Peach Bowl. Both LSU and Oklahoma fans were spotted leaving at the top of the fourth quarter.

Though, those donned in purple and gold were noticeably more cheerful.

"Have you seen the scores?" said one excited LSU fan. "Have you seen what’s going on in that stadium? Absolutely 100% worth every penny."

"It was exciting that we were scoring a lot, it was never in question that we were gonna win," said Carter Askew, a fellow LSU fan.

While the semi-final got off to a close start, the undefeated tigers took a considerable lead, ending the game 35 points ahead of the Sooners. 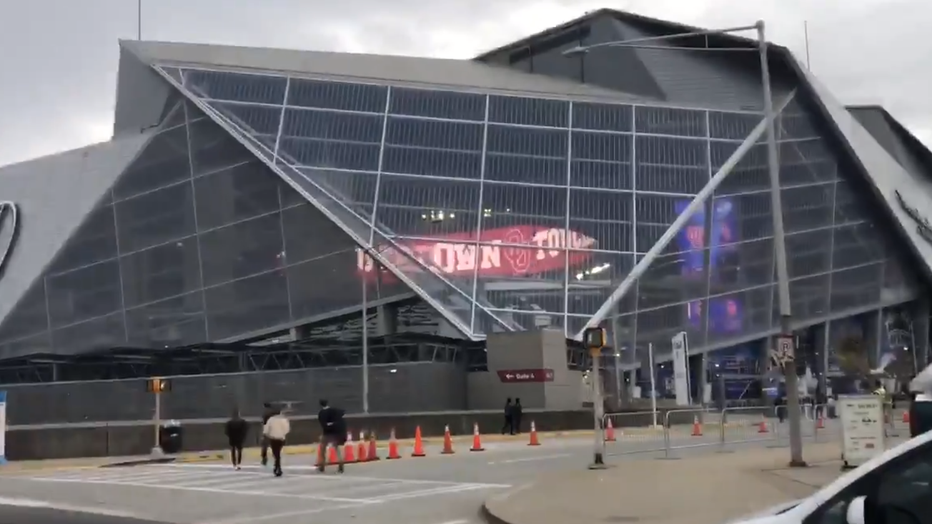 "It was sad, it was really sad," said Pat McClellan.

"It’s unfortunate," another Oklahoma fan shrugged. "The game is over."

Despite the blowout, the out-of-state guests insist it was worth the trip, costing some several thousand dollars between travel, food, lodging and the coveted tickets.

This year's game was sold out. Tickets were such a hot commodity, officials made 1,500 standing room tickets also available to the public. Peach Bowl Inc.'s CEO said they were expecting a record crowd, so that means more than the 76,000 fans who attended the last semi-final in Atlanta in 2016.

"I wanted to come, I’ve heard so much about the Mercedes Benz Dome, so it’s all good," said Wanda Williams, still smiling despite her team's defeat.

Sooners fans, like Williams, left with their chins up and a persistent, untouched love for the sport -- something they can even celebrate with their so-called enemy.

"It was incredible, and I would encourage anybody [to come] if you’ve never been to a bowl game," said McClellan. "And everyone was kind, the city was way kind, even the LSU fans have been kind. We’ve had a great time."

Next, the Tigers will fight for the national title just 80 miles from their campus in Baton Rouge. The championship game will be played on January 13.