TROUP COUNTY, Ga. - Deputies have arrested two people after they say a traffic stop led them finding gallons of a "date rape drug." 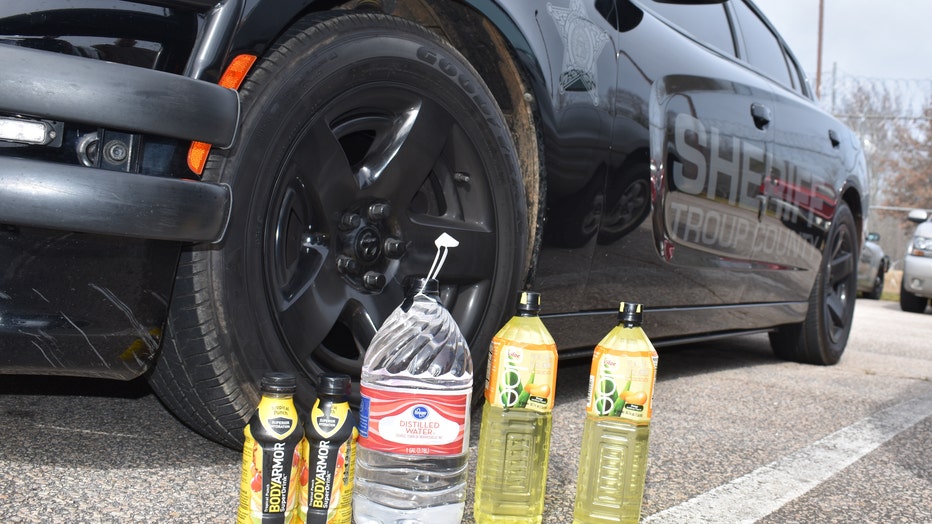 Officials say the traffic stop happened in Troup County when a deputy stopped a vehicle on Interstate 85 southbound for a window tint violation.

While doing the stop, officials reported the deputy observed "behavior consistent with criminal activity. A K-9 officer also indicated that there was the presence of a narcotic odor coming from the vehicle.

During a search, the deputy found around 2 gallons of Gamma Hydroxybutrate, which police say is commonly known as the "date rape drug."

The driver, 47-year-old Alabama resident Ashley Prince and 26-year-old passenger Jessica Partridge were arrested and charged with possession of GHB with the intent to distribute.

After the arrests, Alabama narcortic agents conducted a search at Prince's residence in Lee County.

According to officials, inside the home officers found methamphetamine, LSD, marijuana and more GHB.

Prince is also facing charges in Alabama for those discoveries, officials said.