DeKalb County officials are working to figure out a way to solve the street and stunt racing issue.

DEKALB COUNTY, Ga. - Residents along Briarcliff Road in DeKalb County said the two-lane road resembled a race track this weekend, as street racers invaded their community for a second time in recent weeks.

They were back at it a few weeks later said resident Nowell Briscoe who reported cars flying down Briarcliff Road between the Sage Hill shopping center and North Decatur Road late Saturday night. Briscoe described the scene as "bumper-to-bumper with cars racing up and down Briarcliff in both lanes."

"We don't want people that live in their homes to wake up to screeching down the street, drag racing, and also people to die. But we also know the reality is people do race cars," said Commissioner Larry Johnson. 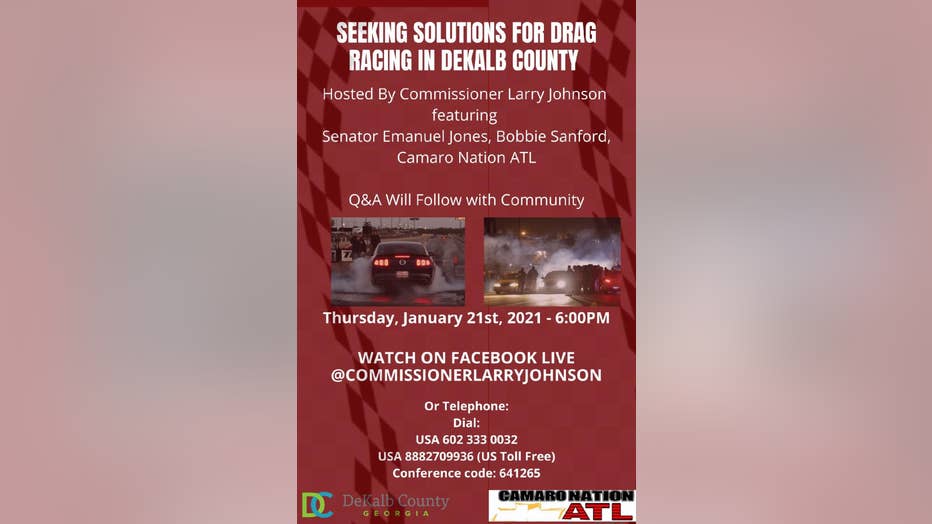 Johnson is hosting a virtual forum next week to bring lawmakers, residents, and racers together in hopes of finding solutions.

"No one wants takeovers in their community," Johnson said. "This forum is going to ask for solutions and ask people to help us, what can we do as a community together."