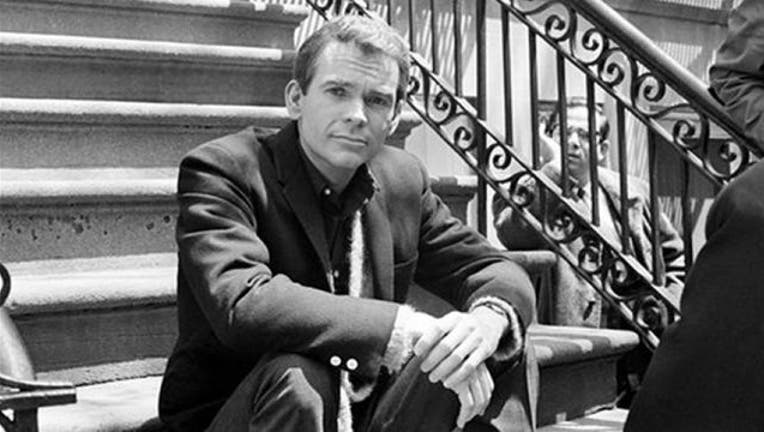 LOS ANGELES (AP) — Dean Jones, whose boyish good looks and all-American manner made him Disney's favorite young actor for such lighthearted films as "That Darn Cat!" and "The Love Bug," has died of Parkinson's disease. He was 84.

Jones' long association with The Walt Disney Co. began after he received an unexpected call from Walt Disney himself, who praised his work on the TV show "Ensign O'Toole," noting it had "some good closing sequences." Jones, himself a former Navy man, played the title role in the 1962 sitcom.

Jones puzzled over Disney's remark until it occurred to him that "Ensign O'Toole" preceded Disney's own Sunday night show on NBC, and he realized Disney probably only watched each episode's ending.

Two years later, Jones heard from Disney again, calling this time to offer him a role in "That Darn Cat!" opposite ingénue Hayley Mills. His FBI agent Zeke Kelso follows a crime-solving cat that leads him to a pair of bank robbers.

Released in 1965, it would the first of 10 Disney films Jones would make, most of them in the supernatural vein.

"I see something in them that is pure form. Just entertainment. No preaching," he told the Los Angeles Times. "We're always looking for social significance but maybe people just like to be entertained."

"The Love Bug" (1969) was the most successful of the genre, with Jones playing a struggling race-driver who acquires a Volkswagen that wins races for him. The Bug, named Herbie, has hidden human traits, and when it feels unappreciated it disappears. Jones must rescue Herbie from the hands of his nefarious rival and issue the car an apology before it wins the big race for him.

After "The Love Bug," Jones returned to the stage, winning the lead role of Robert in "Company," Stephen Sondheim's now-classic musical about marital angst, Manhattan-style. He withdrew from the 1970 production after a short time, citing family problems, but he is heard on the Grammy-winning Broadway cast album.

He had actually started his career as a singer before going on to appear in a string of mostly forgettable films throughout the 1950s. A notable exception was 1957's "Jailhouse Rock," one of Elvis Presley's best-remembered vehicles, in which Jones had a small role as a disc jockey.

In 1960, Jones made his Broadway debut with Jane Fonda in "There Was a Little Girl," playing Fonda's boyfriend in a short-lived drama about the rape of a young woman.

He had better luck on Broadway later in 1960, when he appeared in the hit comedy "Under the Yum Yum Tree." Sparring with Gig Young, who played a comically wolfish character, Jones had "the right blend of sturdiness and lightness," The New York Times wrote.

It was in Disney's gentle family comedies, however, that Jones truly hit his stride. Walt Disney himself died in 1966, but the studio and its style of film lived on.

In "Monkeys, Go Home," Jones tried to teach four monkeys to pick grapes at a French vineyard he inherited. In "Million Dollar Duck," he was a scientist with a duck that began laying golden eggs after being doused with radiation.

He returned to the Disney studio in 1977 for one more film, "Herbie Goes to Monte Carlo."

Twenty years later, he had smaller parts in the remake of "That Darn Cat" and the TV version of "The Love Bug."

He worked regularly into his 70s, appearing often on TV and in films. His later credits included "St. John in Exile," ''Beethoven" and "Other People's Money."

In 1969, he was host of a TV variety show, "What's It All About, World?" But he said delivering jokes, stand-up comedy style, was not really his forte. "My bag is acting or getting into an amusing situation and then sharing my amusement," he told the Times. "I can sense a situation or a character much better than I can sense a line."

Dean Carroll Jones left his hometown of Decatur, Alabama, at 15, supporting himself by picking cotton and cutting timber until he landed a job as a singer in a New Orleans nightclub. When the club closed, he returned to Decatur to finish high school.

After studying voice at Asbury University in Kentucky, he spent four years in the Navy. Soon after his release, he was signed by MGM, and it appeared for a time that he was being groomed as a possible successor to James Dean.

Jones married Mae Entwisle, a onetime Miss San Diego, in 1954, and the couple had two daughters, Carol and Deanna. He and his second wife, Lory, had a son, Michael.

Over the course of his career, he'd appear in 46 films and five Broadway shows. In 1995, Jones was honored by his longtime employers with a spot in the Disney Legends Hall of Fame.

Besides Lory, his wife of 42 years, and his children, Jones is survived by eight grandchildren and three great-grandchildren.

This story corrects the name of the university Jones attended to Asbury University in Kentucky.