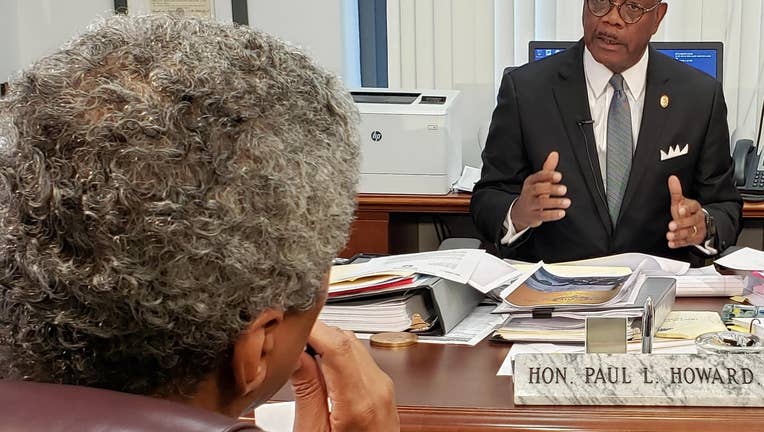 FULTON COUNTY, Ga. - Fulton County District attorney Paul Howard vows aggressive prosecutions and he says the data back him up.

Howard says there is a lot of overreaction to isolated news reports about high profile crimes.

Those incidents, he contends, do not show the day in, day out, work being done by his lawyers.

Howard points to a national survey of cities with populations in excess of one million residents.

Howard said the incarceration rate in Fulton County is above three dozen cities, including major populations like Miami, Chicago, and Los Angeles.

But Daphne Jordan, a public safety monitor, is skeptical. Last November, Jordan's sister, Tomesha Brown, was shot and seriously wounded allegedly by an individual who had been in trouble before,

"I am not putting all the blame on Mr. Howard," Jordan said. "I just want him to get together with the judges and figure it out."