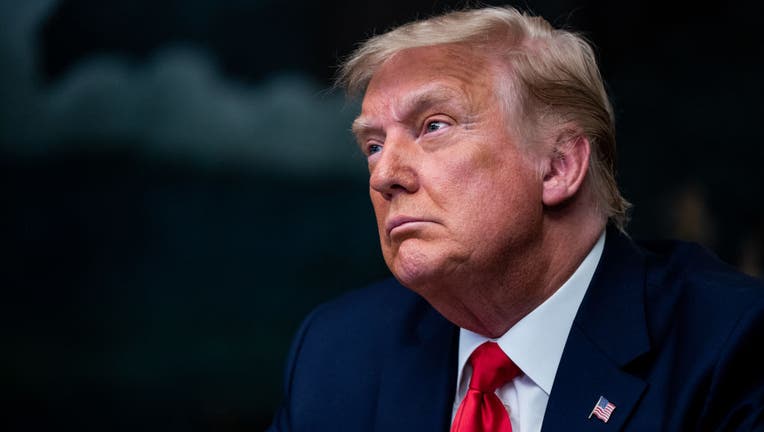 ATLANTA - Reports suggest the Fulton County District Attorney could open a criminal investigation into the call made by President Donald Trump to Georgia Secretary of State Brad Raffensberger asking him to "find" the votes that could win him the state.

The New York Times is reporting newly sworn in Fulton County District Attorney Fani Willis is deciding on if her office would like to proceed with hiring a special outside counsel to oversee the matter. The Times cites sources familiar with her office's deliberations.

A spokesperson for the district attorney's office has not responded to inquiries about the report.

Georgia's lone Democrat on the state's five-member election board also reportedly told the Times that he would ask the board to make a referral to the Fulton County district attorney by next month. In his interview with the Times, he said if no investigation had been announced by Feb. 10, at their next scheduled meeting, he would make a motion to refer the matter to the DA for investigators.

The Jan. 2 call was just one of three calls to Georgia elections officials by the president. Trump, who for months refused to accept his loss to Democratic President-elect Joe Biden, repeatedly argued that Raffensperger could change the certified results.

Georgia counted its votes three times before certifying Biden's win by a 11,779 margin. Raffensperger noted: "President Trump, we've had several lawsuits, and we've had to respond in court to the lawsuits and the contentions. We don't agree that you have won."

The full audio of the conversation between Trump and Raffensperger, was first obtained by the Washington Post, and later by local news organizations such as FOX 5 Atlanta. In the call, Trump's renewed intervention and the persistent and unfounded claims of fraud came nearly two weeks before he was set to leave office and two days before twin runoff elections in Georgia that determined Democratic political control of the U.S. Senate.

Raffensperger, who is also a member of the state's election board, would likely have to recuse himself from any investigation pertaining to the call since he was on the receiving end of the conversation.

Fulton County contains a majority of the city of Atlanta, a long Democratic stronghold for the once traditionally red state.

The White House declined to comment for the Times article.

The Associated Press and FOX News contributed to this report