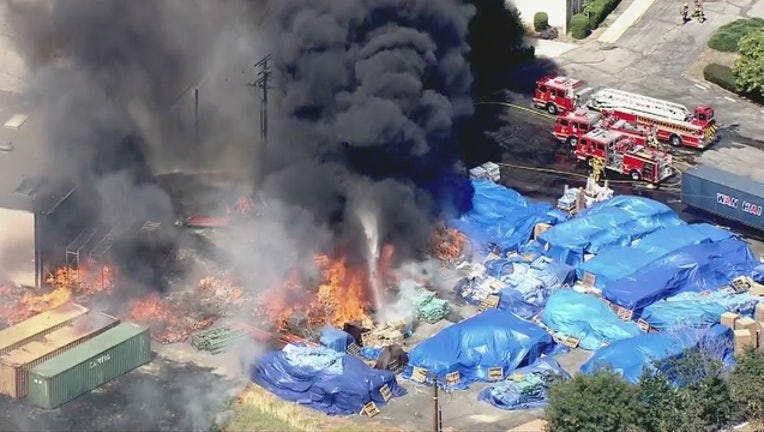 The fire broke out at about 3 p.m. and was initially reported as a warehouse fire. Large plumes of black smoke could be seen for miles. Nearby grass also caught on fire.

By 4 p.m. crews had the fire contained and flames extinguish. Firefighters will stay on scene mopping up and putting out the remainder of the smoldering fire.

Nearby roadways will be closed during fire operations. No injuries were reported.

The cause of the blaze is under investigation. No additional information was immediately known.