MARIETTA, Ga. - Dozens gathered at the Zion Baptist Church in Marietta Tuesday evening for a town hall on the conditions within the Cobb County Detention Center.

The ACLU, along with other advocacy groups teamed up for the second town hall to address what they call a crisis within the center.

During the meeting, former inmates and family members of current inmates shared similar stories of unsanitary conditions, lack of food and medical help, and contaminated water.

Seven people died while inside the detention center in 2019.

“Fire every last one of them. I don’t care if we have to run the jail ourselves,” said one mother who has a son in the detention center.

FOX 5 spoke with a current inmate over the phone who expressed similar concerns.

“The water is horrible. It tastes like metal. There’s people in here getting sick all the time. I’ve been in the jail system for over 10 years and this is the worst care I’ve seen anywhere,” he said. 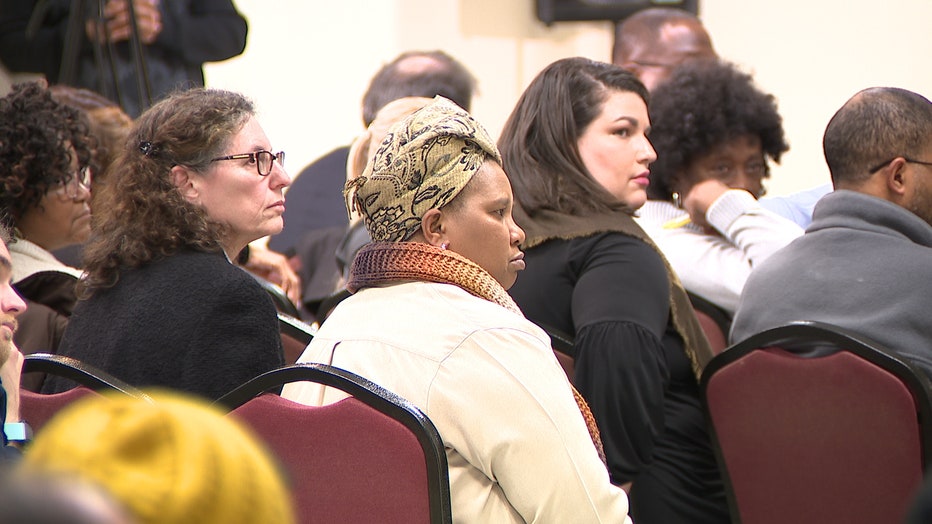 Organizers said the goal of the town hall was to create awareness and keep the conversation alive.

“There are a number of breaches. And so we’ve got to call those out, we’ve got to try to work with people to make the adjustments. That’s the job we have taken on. To help the system fix what’s broken and to work properly,” said Dr. Ben Williams with the SCLC.

The organizations are also petitioning for an independent audit on the conditions.

In December, Cobb County Sheriff Neil Warren said the claims about the poor conditions were false.

FOX 5 reached out to the Sheriff for a comment but did not receive one.