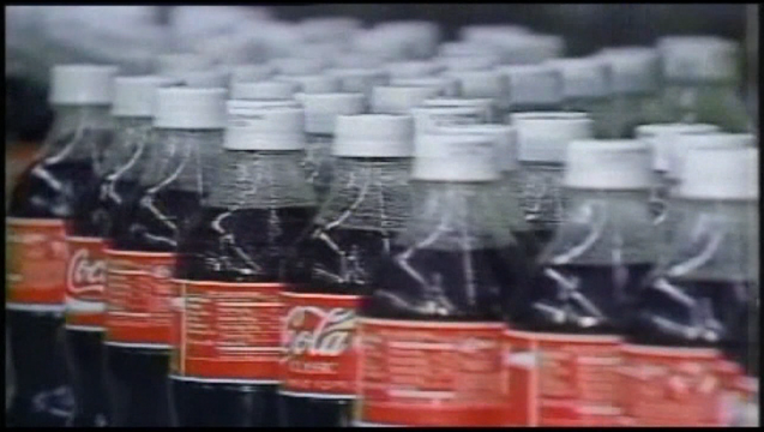 Coke President and CEO James Quincey said enhanced waters like the smartwater, vitaminwater and Topo Chico brands helping turn around a slump in water sales at the company.

Sales of water and sports drinks jumped 5 percent in the July-September period, with particularly strong growth in China and Mexico. Coke says it will launch smartwater in 20 markets by the end of this year, bringing it to a total of 32 countries.

Coke said sales of juice, dairy and plant-based drinks dropped 3 percent due to declining sales in the Middle East and Africa. Tea and coffee sales were also down 2 percent. Rising demand for Fuse tea failed to offset softness in markets like Turkey.

Quincey noted the unusual pace of acquisitions and investments in the quarter. That will likely slow in coming quarters, but acquisitions will continue to be an important tool for the company, he said.

"M&A can be like buses. You wait ages, then several come at once," Quincey wrote in a company statement posted Tuesday.

In August, Coke announced a $5.1 billion acquisition of coffee company Costa Limited, which is expected to close in the first half of 2019. Quincey said Coke is focusing on ready-to-drink coffee beverages and coffee vending machines as well as selling pods and loose beans.

"We don't have any plans at this point to get into this space," Quincey said on a conference call with analysts.

Quincey said Coke has named a new Global Ventures team to ensure its acquisitions and partnerships are merged smoothly into its portfolio. Coke executive Jennifer Mann will head that team. Another longtime executive, Brian Smith, will take over as Coke's president and chief operating officer on Jan. 1. Quincey will remain CEO.

The world's largest beverage maker posted net income of $1.88 billion, or 44 cents per share, in the third quarter. Earnings, adjusted to account for discontinued operations and non-recurring costs, came to 58 cents per share, which is 3 cents better than Wall Street expected, according to a survey by Zacks Investment Research.

Operating profits were up in every segment, led by a 14-percent increase in Latin America.

Coca-Cola's revenue fell 9 percent to $8.24 billion in the period, just above analysts' expectations. Coke said the lower revenue was due in part to the refranchising of local bottling operations. The company has spent the last decade returning ownership of the low-margin business of bottling to local partners.

Portions of this story were generated by Automated Insights (http://automatedinsights.com/ap) using data from Zacks Investment Research. Access a Zacks stock report on KO at https://www.zacks.com/ap/KO