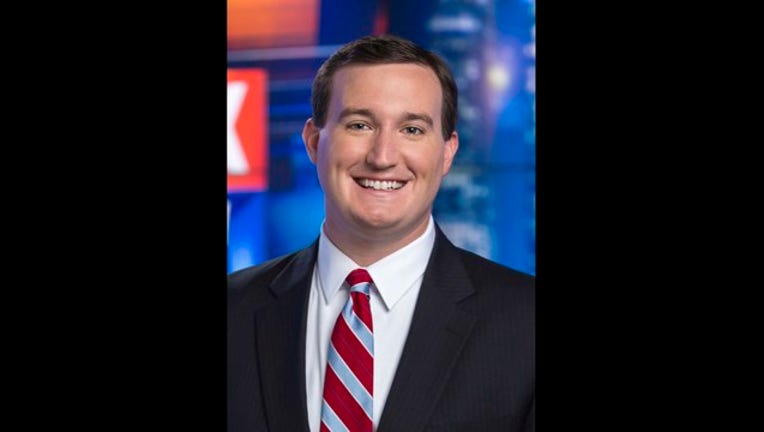 Cody Chaffins is the weekend sports anchor for FOX 5 Atlanta. He joined the Fox 5 Sports team in October 2012 and has become a staple on the Emmy Award winning High 5 Sports show on Friday nights.  As a football player at Chamblee High School, Cody once spent his Friday nights on the field, but says he now prefers the comfort and safety of the FOX 5 Sports Bunker.  His expertise is on display during the football playoffs when he transforms the Bunker to his “War Room.”

During his time at FOX 5, Cody has covered the Super Bowl, College Football Playoffs, Daytona 500, and the Masters. Cody says his favorite assignment came in summer of 2014 when he and Good Day Atlanta's Ron Gant covered the trio of Braves inducted into the Baseball Hall of Fame in Cooperstown, New York.

Born and raised in Stone Mountain, Cody grew up during a heyday of Atlanta sports, experiencing the Braves 1995 World Series Championship, the 1996 Olympics and the Falcons 1998 Super Bowl run.  He is still adding to his collection of Peachtree Road Race T-shirts and says that the race and Stone Mountain's laser show are his favorite Atlanta traditions.

After graduating from the University of Georgia, Cody started his broadcasting career and honed his love for Friday night football at WNEG-TV in Toccoa, Georgia.  He has also spent time at WJXT in Jacksonville, Florida.