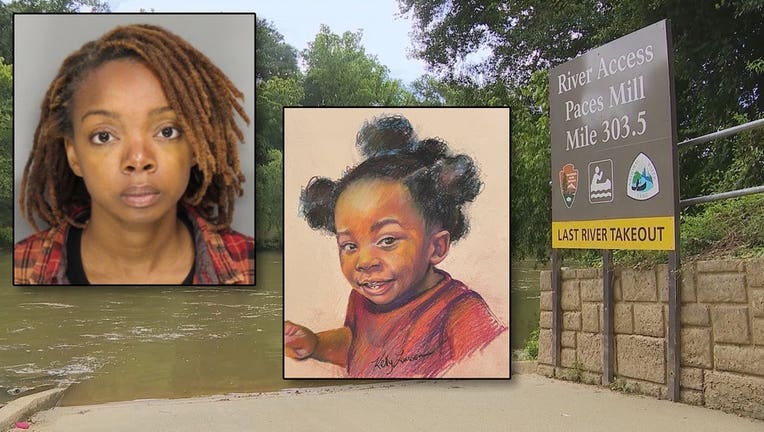 COBB COUNTY, Ga. - A young Cobb County mother who is charged with her son's murder has waived her scheduled court appearance for an arraignment hearing Tuesday.

The toddler’s body was found on the morning of June 29 at Paces Mill Park in the 3400 block of Cobb Parkway as employees with the Cobb County Fire Department shot a PSA about water safety. Firefighters said they spotted the toddler floating down the river. Officials were able to recover the body.

The next day, his mother, 27-year-old Breyanla Cooper of Stone Mountain, Georgia, was arrested.

Cobb County police said they linked Cooper to the toddler using DNA and said she is the child's mother.

A grand jury indicted Cooper on four felony counts of malice murder, felony murder, aggravated assault, and concealing the death of another.

Cooper was scheduled to be in court Tuesday afternoon at around 1:30 for her hearing, but her attorney has waived her appearance. No future court date has been scheduled so far.