CLAYTON COUNTY, Ga. - It's a video posted to the Clayton County Police Department's Facebook page which will bring tears to the eyes of the toughest, most seasoned officers. 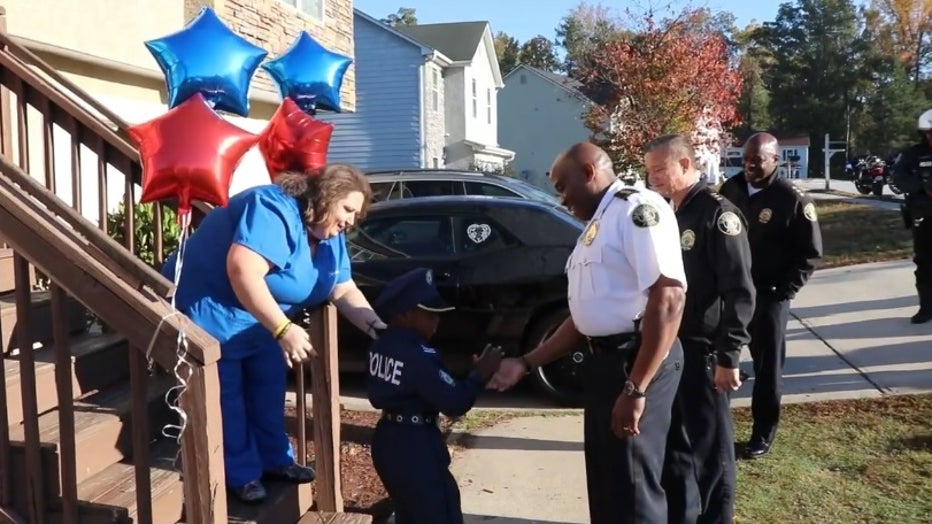 In the video, Clayton County Police Chief Kevin Roberts went to pick up 7-year-old Juvell Harris from his home.

"So, they tell me you want to be a police officer," the chief asked the young boy. "We're going to make that happen today."

Harris, who has been diagnosed with a form of brain cancer called DIPG, presenting with a tumor of the brain, said his wish was to become an officer. 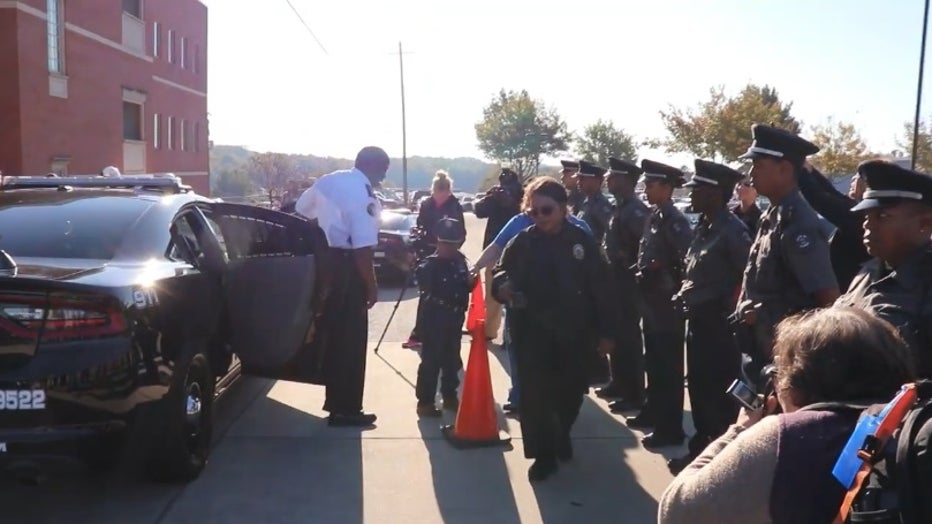 As the chief and the young boy pull up to police headquarters, they are met with a line of officers dressed out in their Class A uniforms. The camera focuses on young Juvell getting out of the car, but what can't be seen is the walkways and hallways lined with officers and staff, but you can hear their clapping and cheering. 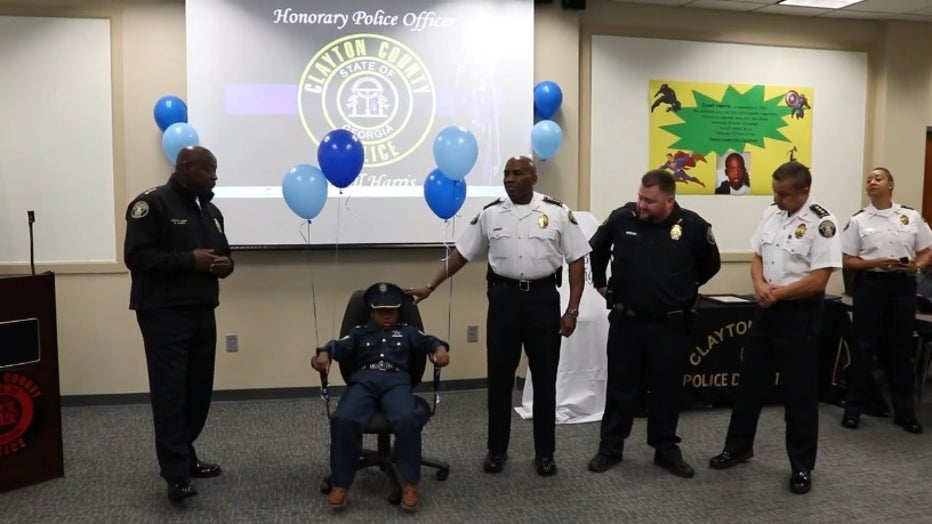 The young boy joins the chief for their morning meeting where the chief introduces him to the department.

The chief joked he couldn't give Juvell a pair of handcuffs, but promised he had other things to come.

"And if you have any questions for the chief of police, you got to run it by Juvell first," the chief said. 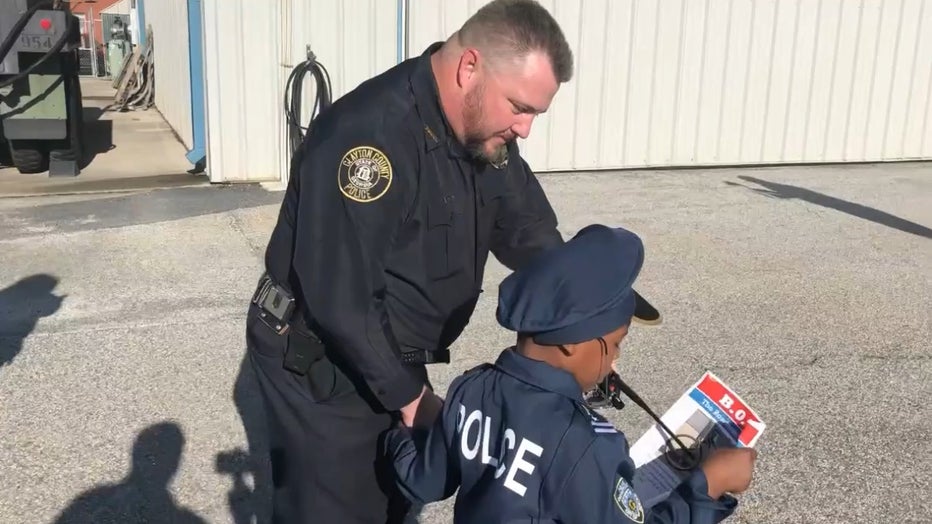 After being made an officer, the department dispatched him to find a missing bike. He didn't have to go far to find it, but also found more of the force cheering him on as he did. 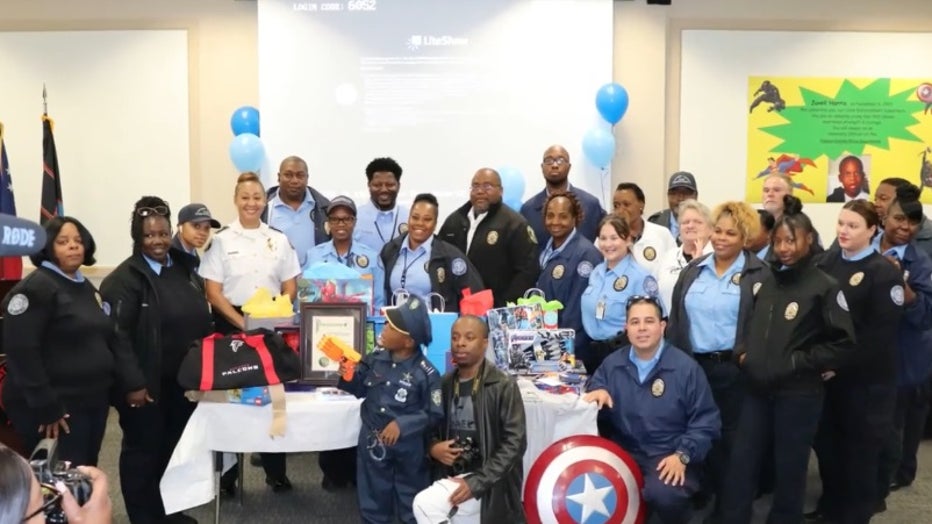 And after the honorary police officer cleared his call, he was given a hero's welcome back at police headquarters being showered with gifts and love from the entire department.