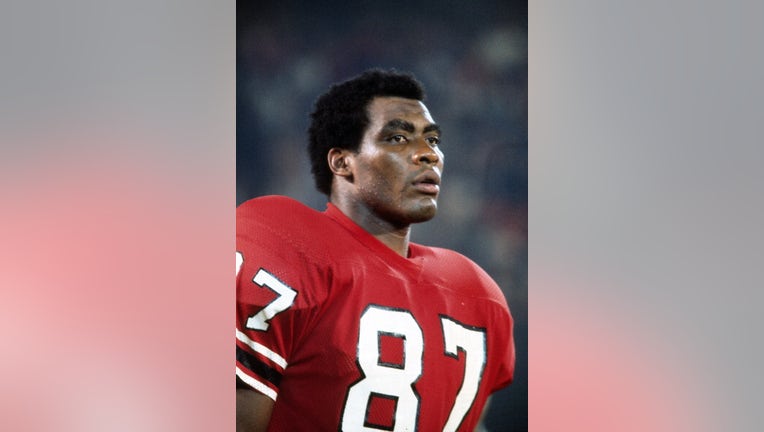 ATLANTA, GA - CIRCA 1976: Claude Humphrey #87 of the Atlanta Falcons looks on looks on from the sidelines during an NFL football game at Atlanta-Fulton County Stadium circa 1976 in Atlanta, Georgia. Humphrey played for the Falcons from 1968-78. (Phot

Pro Football Hall of Famer Claude Humphrey, one of the NFL’s most fearsome pass rushers during the 1970s with the Atlanta Falcons but long overlooked on mostly losing teams, has died at the age of 77.

Humphrey, who also reached the Super Bowl with the Philadelphia Eagles, died unexpectedly Friday night in his hometown of Memphis, Tennessee, according to the Hall of Fame, which was informed of his death by his daughter. No cause was given.

Humphrey was the No. 3 overall pick by the Falcons out of Tennessee State in 1968 and went on to play 11 years with the team, earning the last of six Pro Bowl appearances as a member of the famed "Grits Blitz" defense in 1977.

He moved to the Eagles in 1979 and served as a designated pass rusher on the 1980 team that reached the Super Bowl. 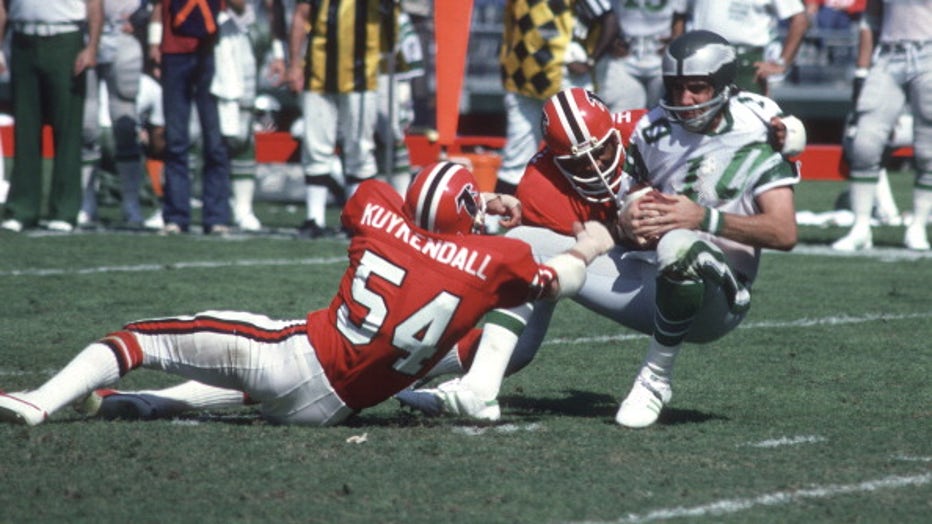 Humphrey retired after the 1981 season, before sacks became an official stat, but he was credited with 130 sacks over 13 seasons (he missed the entire 1975 season recovering from a knee injury).

Humphrey was inducted in the Pro Football Hall of Fame in 2014.

"The entire Pro Football Hall of Fame family mourns the passing of Claude Humphrey," Hall of Fame President Jim Porter said. "Known as a hard worker and a reliable teammate, Humphrey was always willing to help the team out wherever needed and knew success was achieved collectively. His humble spirit guided him on and off the field."

The Hall of Fame flag outside the museum in Canton, Ohio, will be flown at half-staff in Humphrey’s honor, Porter added.

Humphrey played on losing teams during much of his career in Atlanta, which likely contributed to the 33-year wait before he was finally selected for the Hall of Fame.

The Falcons honored Humphrey in 2008 by placing him in their Ring of Honor. He also is a member of the Tennessee Sports Hall of Fame.

"We are saddened by the passing of Claude Humphrey and send our prayers out for his family and friends in this difficult time," Falcons owner Arthur Blank said in a statement. "Claude made an indelible impression on so many from Memphis to the Falcons and across the NFL with his leadership and tenacious approach on the field. His Falcons legacy was cemented as a forever memory with induction into our Ring of Honor and he will be greatly missed." 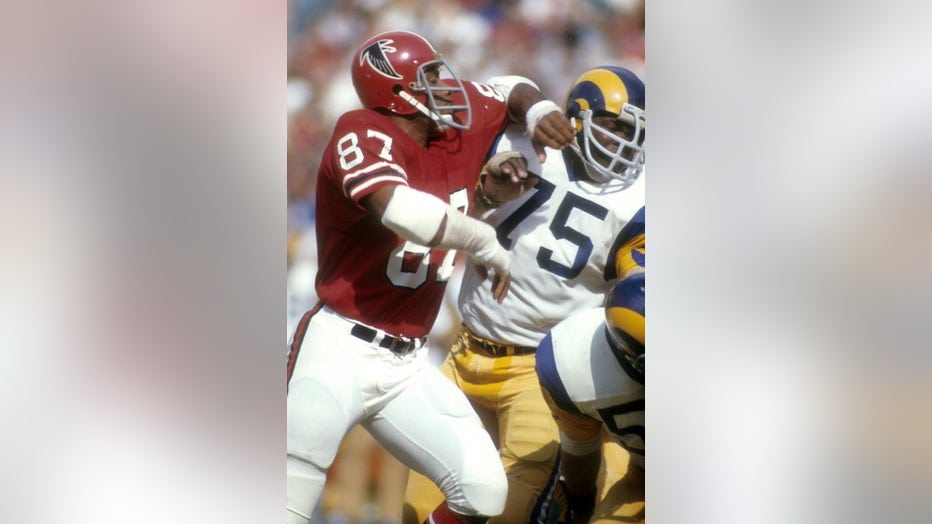 Humphrey was drafted by the Falcons after leading Tennessee State to a 35-3-1 record from 1965-67.

He put up hall-worthy numbers in Atlanta, terrorizing opposing quarterbacks as a dynamic edge rusher. Humphrey had double-figure sacks nine times in his career, along with two interceptions, a fumble recovery for a touchdown and two safeties.

The NFL defensive rookie of the year in 1968, he earned first-team All-Pro honors five times.

In 1977, Humphrey was a key player on a defense that allowed just 129 points — the NFL’s fewest ever in a 14-game season. But the team struggled offensively and finished just 7-7, missing the playoffs.

"He was a great athlete," said longtime Falcons linebacker Greg Brezina, who joined the team the same year as Humphrey. "One of the best things about him was his winning attitude. He was a team player and, of course, he’s probably one of the best defensive ends that there was out there. It’s just a shame he played so long with a team that didn’t win much. He didn’t get the recognition."

Humphrey, who was just the second Falcons players after Deion Sanders to be elected to the Hall of Fame, insisted that he had even more sacks than he was given credit for.

"Before they started keeping records of sacks, man, I was getting sacks left and right," he said. "The thing about me, I didn’t care so much about getting the sack. A sack was just a tackle back then. Tackling the quarterback or tackling the ball carrier on a running play was all the same."

Humphrey temporarily retired after four games in 1978 — missing his only chance at the playoffs with the Falcons. He returned the next season with the Eagles and finally reached the Super Bowl in the 1980 season, when he had 14 1/2 sacks.

The favored Eagles lost to the Raiders 27-10, but Humphrey got his long-awaited chance to play in the biggest game after so many losing seasons in Atlanta.

"It was the most exciting thing that could have ever happened to me," he said in a 2014 interview. "I went to Philadelphia to try to get on a winning team and experience what I experienced in college at Tennessee State. We were (HBCU) national champions two years in a row."

The Falcons had only two winning seasons before Humphrey stepped away ahead of their first playoff appearance.

"In Atlanta, I never got used to losing," Humphrey said. "It made me play harder. I used to say to myself: ‘Well, if we lose the game, the guy who lined up in front of me won’t have anything to be excited about. When he looks at the film, he’s not going to like what he sees of himself. I’m going to go out there and try to wear him down.’ That was the only thing that kept me motivated."

"I’m not glad that it took so long," he said before the induction ceremony, "but I’m glad I got in when I can smell the flowers."