Addressing the spike in crime in Atlanta

A Buckhead restaurant manager said a recent close encounter during an attempted carjacking puts an emphasis on city leaders to address crime.

ATLANTA - Crime in Buckhead has been a big topic among Atlanta City Council and the Atlanta Police Department. Leaders put together a security plan to address the rise in crime a few months ago.

Business owners are working to address it too, but some say more needs to be done.

The manager of Ru Sans Sushi and Seafood in Buckhead said an attempted carjacking on Saturday has them on high alert.

"It's always been a safe place for our patrons in the community to walk and get great food," said Karen Harris, the manager at Ru Sans.

But Harris said crime has been on the rise in Buckhead, and after a close call on Saturday, she said more needs to be done.

"It certainly isn't the responsibility of our staff to catch the bad guy," explained Harris, "That responsibility falls on our elected officials and our mayor."

According to Harris, a customer of Ru Sans left his child in the car while picking up a to-go order. That's when a carjack suspect tried to break in the car. The child inside the car eventually ran inside Ru Sans for help. Staff members were able to snap pictures of the suspect running away. 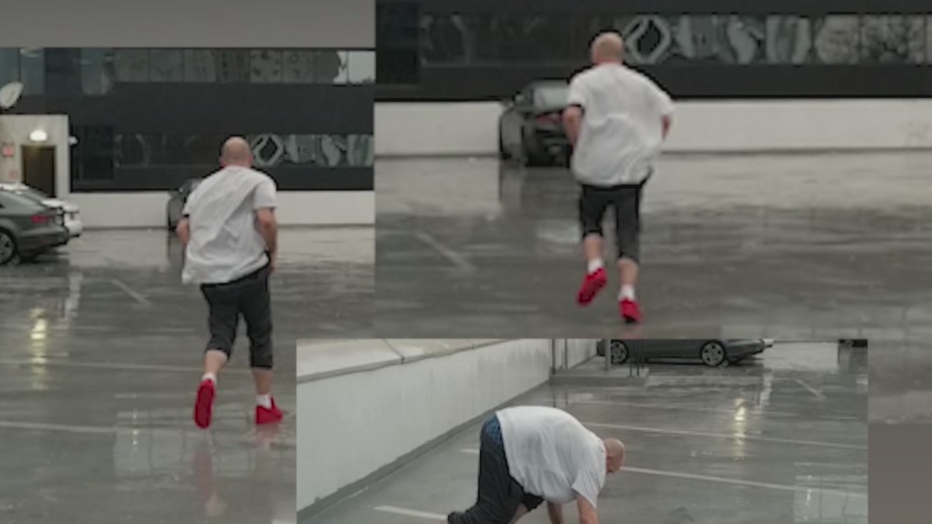 "Two of our staff members and the father came outside," described Harris, "The gentleman was still trying to break into the car, and the gentleman tried to climb the stairs to climb onto the roof of the building."

According to Atlanta Police, the suspect involved in the case is 34-year-old Andrew Robert Fike. Police said Fike is being charged for attempting to enter a vehicle, obstruction, loitering and prowling. Harris her staff called 911 during the incident and were put on hold.

"The concerning part was our employees were on hold with 911," said Harris, "Luckily, one of our employees knew an APD detective who she called who was able to dispatch APD."

Earlier this year, Atlanta's Police Chief, Rodney Bryant, addressed the city's crime. Bryant said parking decks are becoming a hotspot for crime. Organizations in Buckhead have also put together a security plan to address the issue.

"We'll do everything we can to keep our customers safe. We depend on our elected officials to keep our business, our patrons and the community as a whole safe," said Harris.