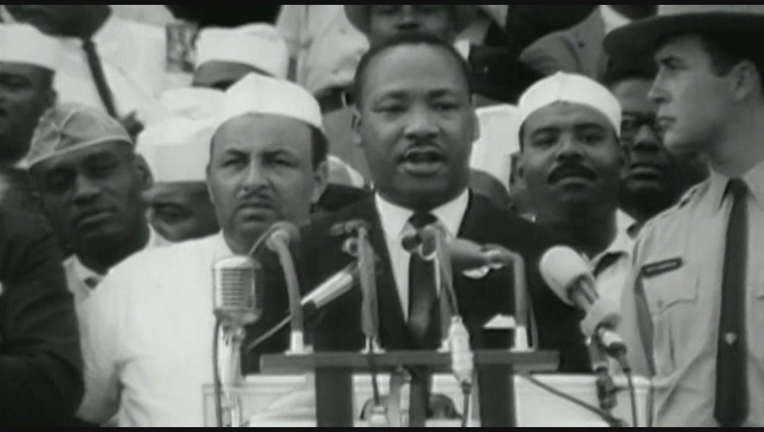 MONTGOMERY, Ala. - As the Alabama church where the Rev. Martin Luther King Jr. was elected to his first leadership position in the civil rights movement marks its 155th anniversary, work has begun to make a museum out of the crumbling building where that vote was taken.

King was 26 when the Montgomery Improvement Association met at Mt. Zion AME Church on Dec. 5, 1955, the first day of what turned out to be a yearlong bus boycott that ushered in the civil rights movement.

In his 1958 memoir about the boycott, King wrote that his election "happened so quickly that I did not even have time to think it through. It is probable that if I had, I would have declined the nomination."

The church, which marked its 155th anniversary Sunday, moved to another building in 1990, so the 19th century structure is now an annex. It became known as "the fall-down church" after an interstate project split the neighborhoods around it, the Montgomery Advertiser reported.

Now the Central Alabama Community Foundation has begun work under a $500,000 grant to renovate the church and turn it into a museum.

The National Park Service approved the grant in 2018 with an eye to opening the museum in 2020. However, a series of problems, including the coronavirus pandemic, delayed the money’s arrival, foundation President Charles "C.P." Everett told the newspaper.

The building was saved from demolition nearly 20 years ago by $75,000 from a Central Alabama Community Foundation fund, but its future remained uncertain.

With the grant in hand and a second $500,000 National Park Service grant expected, work has begun to rehabilitate the fellowship hall and install a sprinkler system throughout the building. As that work progresses, officials will start the bid process for the second grant, which Everett said will let the foundation create and open the museum.

Everett said the church was unveiling a banner Sunday to announce the beginning of construction.