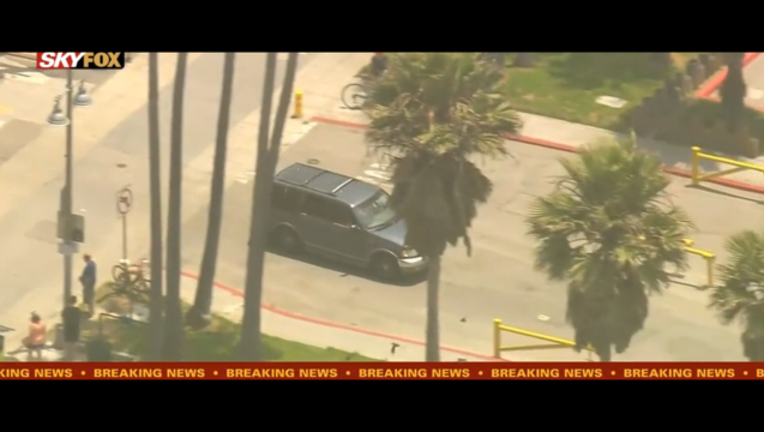 ANAHEIM, Calif. (FOX 11) - A domestic-violence suspect led authorities police on an hourlong chase from Placentia to Venice today before being felled by a police stun gun.

The chase began shortly after noon in Placentia. The suspect, driving a dark-colored SUV, wound up heading north on the San Diego (405) Freeway, often getting stuck in traffic on the congested stretch of road through Culver City and West Los Angeles.

Occasionally driving on the right shoulder of the freeway, the suspect exited the 405 at National Boulevard in West Los Angeles and drove west into Santa Monica, then south into Venice.

Around 1 p.m., the man behind the wheel turned into a Venice Beach parking lot and got out of the SUV -- without a shirt or shoes. He appeared to yell at officers, who had their weapons drawn, and then slowly walked away from police. Officers advanced on the man, and one fired a stun gun, causing him to fall to the ground. Police quickly pounced on the stunned suspect and took him into custody.

His name was not immediately available.

No injuries were reported in the pursuit.

According to various reports, the suspect was wanted for allegedly assaulting a family member and violating a restraining order.