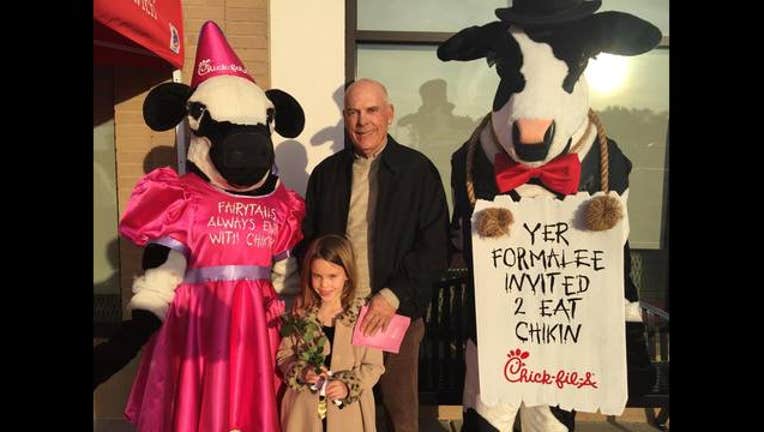 LINE CREEK, Ga. - Daddy daughter nights can be extremely special for a little girl. And one 6-year-old Georgia girl, whose father passed away, did not want to miss out.

Last week, The Line Creek Chick-Fil-A held their "Daddy Daughter Date Night." Katherine Butler says she normally ignores these events since her daughter lost her father when she was a toddler. But this year her daughter said she wanted to go, and she wanted her grandfather to take her.

Katherine said she contacted the general manager to see how she could make the day extra special for them.

"[The manager] promptly replied to just let them know what I wanted to do, and that he would make it happen."

But Katherine never expected Chick-fil-A to go out of their way to make her daughter feel special.

"My Dad said that they were greeted by name as soon as they got out of the car, and handed not only the card that I had dropped off at CFA the day before, but the sweetest bouquet of pink Tulips I've ever seen."

She is extremely grateful that the local Chick-fil-A made the day memorable for her daughter.