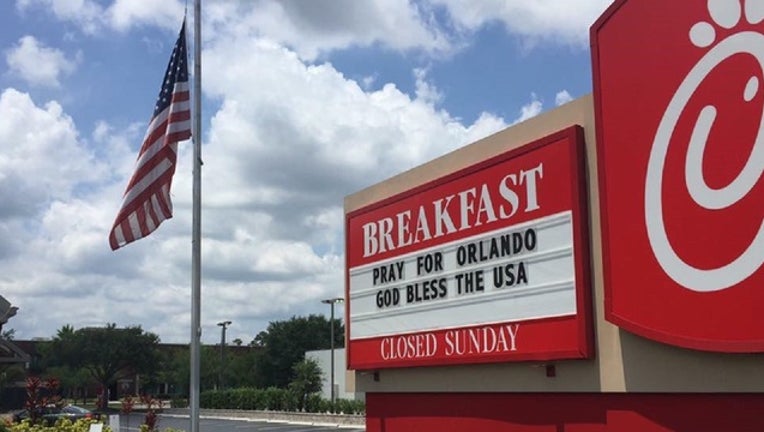 Chick-fil-A locations across the U.S. lowered their flag to half-staff following the shooting in Orlando. (Courtesy: Chick-fil-A of University Blvd at Rouse Road)

ORLANDO, Fla. - Employees at some Orlando area Chick-fil-A restaurants were hard at work on Sunday.

The Atlanta-based chain known for being closed on Sundays said they weren’t sure of how many, but did confirm that several Orlando area stores prepared meals following the attack at a popular nightclub, providing food and any additional assistance to those in need.

In a statement, Chick-fil-A said: “Orlando is in our hearts and prayers.”

One Chick-fil-A location posted a photo of their flags at half-staff and the following message to their Facebook page:

“God Bless the USA. Home is where the (heart) is. Orlando is our home. ‪#‎prayfororlando.”

Chick-fil-A employees were seen distributing sandwiches and ice tea to those who waited several hours in line to donate blood in addition to the hundreds of law enforcement officials who responded to the shooting scene.