ARLINGTON, Va. - US Army soldiers demonstrated the slightly altered changing of the guard ceremony at Arlington National Cemetery’s Tomb of the Unknown Soldier.

The changes keep with social distancing guidelines during the coronavirus pandemic, footage from April 22 shows.

The 3rd US Infantry Regiment, also known as the Old Guard, wore face masks as they groomed the guards for the ceremony in Arlington, Virginia. The tomb serves as a memorial to US soldiers whose remains have not been identified. 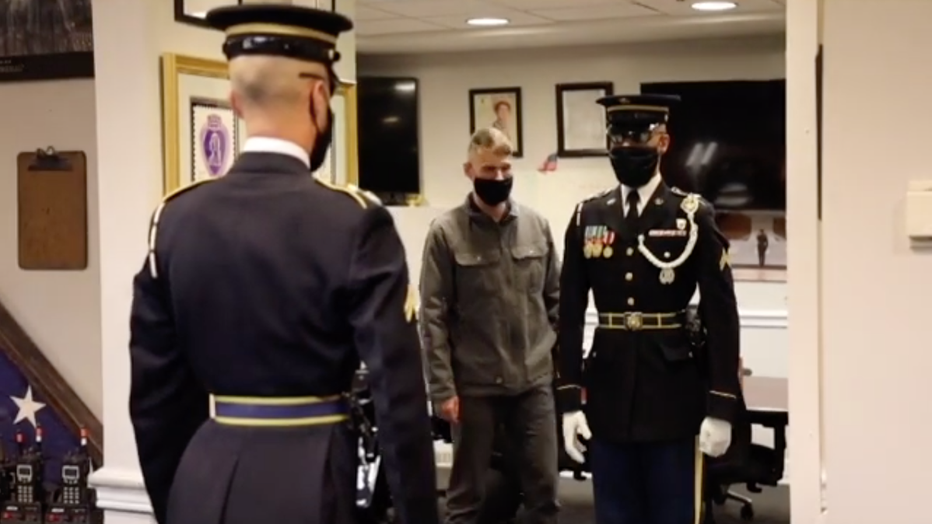 An estimated three million people visit the cemetery annually, and the changing of the guard is usually observed by crowds of people.

The ceremony began in 1948 and happens every hour, on the hour, between October 1 and March 31, and every half-hour from April 1 to September 30.

The guard has operated in difficult conditions previously. During Hurricane Sandy in 2012, the guards, also known as Sentinels, continued to stand outside the monument. During the coronavirus pandemic, the up-close inspection parts of the ceremony have been altered to keep distance between the men.