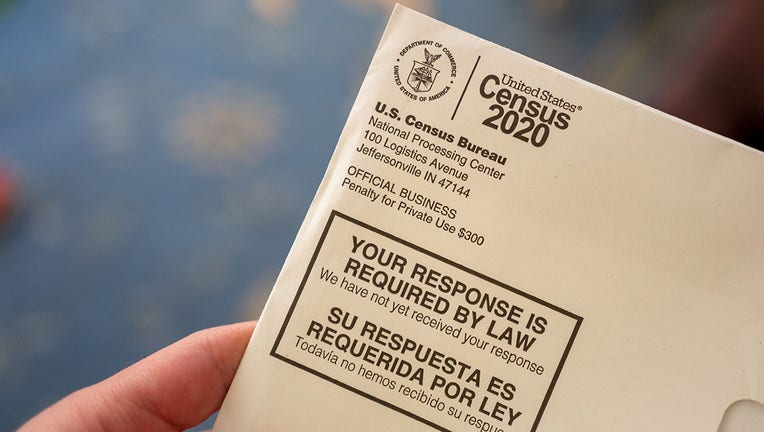 The U.S. Census Bureau denied any attempts to systemically falsify information during the 2020 head count used to determine the allocation of congressional seats and federal spending, even as more census takers told The Associated Press they were pressured to do so.

The Census Bureau statement was issued Monday night in response to AP reports of census workers who said they were told by supervisors to enter fake answers on the head-count forms in order to close cases in the waning days of the census.

After the AP reported the allegations in Massachusetts and Indiana, 10 other census takers stepped forward and told similar stories of being rushed to close cases as they faced a shortened deadline to end field operations for the 2020 census — even if it meant getting things wrong.

The workers, in states spanning the country from North Carolina to Washington, told of being instructed to make up answers about households where they were unable to get information, in one instance by looking in the windows of homes and in another by basing a guess on the number of cars in a driveway or bicycles in the yard.

The Trump administration ended the once-a-decade head count on Oct. 15 after the Supreme Court suspended a lower court's order allowing it to continue through Oct. 31. The Census Bureau is now in the numbers-crunching phase in which duplicate answers are eliminated, errors are corrected and gaps in information are filled in.

“The Census Bureau takes falsification allegations very seriously,” the bureau said. “Intentional falsification of respondent information by a Census Bureau employee is a serious federal offense, will be fully investigated, and referred for prosecution, if appropriate.”

Under federal law, Census Bureau employees who make false statements can be fined up to $2,000 and imprisoned for up to five years. But census workers are rarely prosecuted for falsification of census responses since the Census Bureau is more concerned with identifying fraud and correcting mistakes than pursuing legal penalties, according to experts.

The bureau also said it has employed new technology and safeguards in the 2020 census to prevent and identify mistakes or the misreporting of data. At the height of the door-knocking phase of the census in mid-August, there were more than 285,000 temporary census takers on the Census Bureau's payroll.

“Some alleged incidents reported to the media may represent employment-related disputes and/or misunderstandings of operations," the bureau said.

As the Census Bureau defended the data collection from the 2020 census on Monday, more census takers shared stories with the AP about being pressured to cut corners and fudge numbers in order to close cases.

Census taker AJ Cheimis says his supervisor demanded to know why he wasn't closing more cases in the Atlanta area. When he told her people weren't opening their doors, she responded that he should try to look in their windows to see how many people were home. If that didn't work, he said, she told him to enter that one person was living in the home and the person refused to provide any information.

“I immediately knew from our training that what she was telling me to do was considered falsifying census data," said Cheimis, who added that he ignored those instructions.

In Terre Haute, Indiana, at the beginning of October, census taker Jenny Zacha said she was told by a supervisor to sit in her car outside two apartment buildings popular with college students and not even bother trying to interview residents. Instead, she was told to mark that one person lived in each apartment, even though she knew some had two or three bedrooms. Zacha was nervous about doing that and said she noted with each entry that she had been instructed to do so by her supervisor.

In the rush to wrap up the head count, “they decided the better option was to fake the numbers,” Zacha said.

In central Washington state, census takers calling in for advice to a hot line run by the bureau's Spokane office were told to guess how many people live in a house based on the number of cars in a driveway or bicycles in the yard, if they couldn't get information from residents or a neighbor. In response, a manager wrote an email to the workers he supervised that “you are not allowed to guess."

“Can you make a guess based on observation of five people in the living room watching Tiger King? Still no," wrote the census field manager, Terry Bain, in an email a census taker shared with the AP.

A coalition of local governments and advocacy groups that sued the Census Bureau in federal court in California over the shortened deadline also has documented cases of census takers who say they were instructed to cut corners in order to close cases under the sped-up deadline. The coalition is asking a judge to allow the numbers-crunching to be extended to the end of April 2021 instead of the congressionally-mandated deadline of Dec. 31.

The Census Bureau's watchdog agency, the Office of Inspector General, says it’s evaluating the quality of the data collected. The Census Bureau says it reached 99.9% of households during the count.

The bureau’s deputy director said last week that a preliminary review of the data hadn’t uncovered anything that raises red flags.

“It’s been a challenging road as we battled COVID-19, hurricanes, wildfires, and more," Census Bureau director Steven Dillingham said Tuesday in a blog post. “Through it all, you — our census takers — adapted and kept moving forward by doing all that you could to count those who hadn’t yet been counted."

If the Census Bureau is going to fix any problems because of data-collection problems, the first step is determining the quality of the 2020 census, said John Thompson, a former Census Bureau director in the Obama administration.

“Once there is an accepted understanding of the quality, then conversations can begin about next steps," Thompson said.