Could you take the Chick-fil-A challenge

Could you do without a cell phone for a whole meal? One Chick-fil-A is giving out a reward if you can.

CANTON, Ga - We're all guilty of it.  We go out to dinner, as soon as we sit down, the cell phones come out.  Now some Chick-fil-a restaurants in Canton are encouraging customers to focus less on the texts, calls and selfies, and focus more on who you're with. 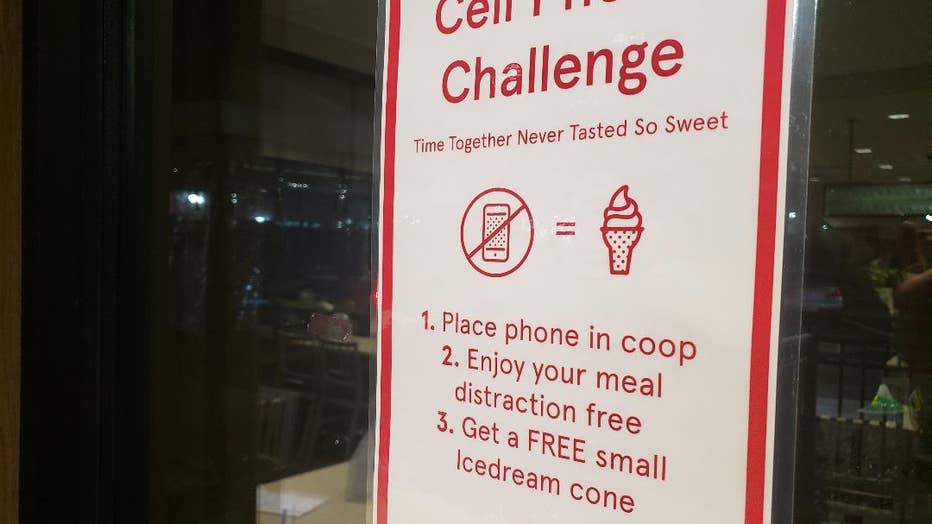 When Nathaniel Marshall saw the box, he knew he wanted to try it.

"I saw down and saw the box sitting here and thought, hmm, this will be a good idea," said Marshall.

He was at the Chick-Fil-A on Hickory Flat Highway in Canton having dinner with his family.

"It wasn't hard, I do think we talked more than we normally do, old stories came uip, said Marshall.

Kevin Williams is the owner-operator of the 3 Chick-Fil-A's in Canton.  He says he wanted to help folks start the New Year off right by putting the phone away and focusing on quality time with friends and family.

"Put it in the box, enjoy a distraction-free meal.  Get to know something about somebody sitting across from you that you didn't know before," said Williams.

He says it's been fun to watching families and groups of teens come in and try the challenge.  The challenge will last the month of January at all 3 Canton locations. Williams even encourages people to take the box home and try it at their own kitchen tables. 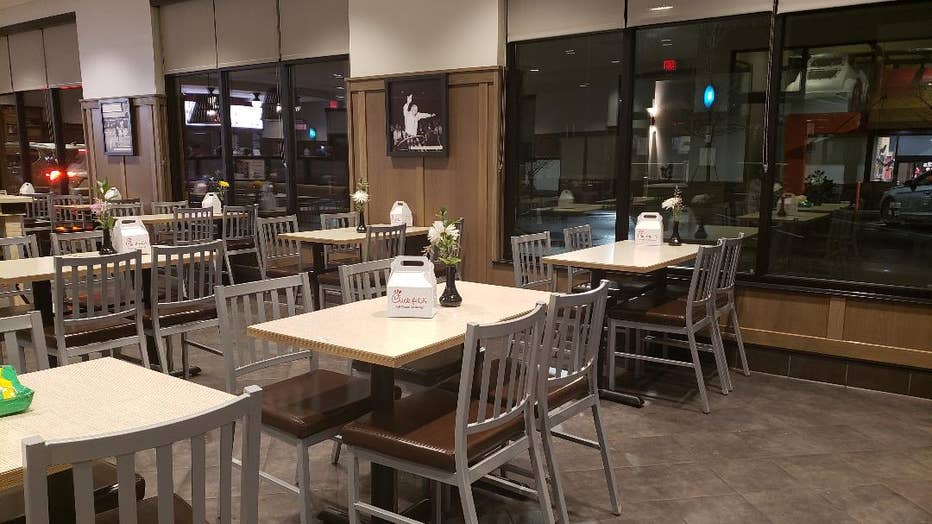 Tara Rodkin is a regular customer.  She was the first to accept the challenge.

"it was amazing, it's nice just to be in the moment and be present, to not have any distractions. Very seldom do we get that time because usually one of us is always on our phone," said Rodkin.

If you're not sure if you can put that phone down, there's a little incentive.  If you comlete the challenge, you get a free Chick-fil-a ice cream cone.

"The ice cream was nice, but it was good to spend time with my family too," said Marshall.