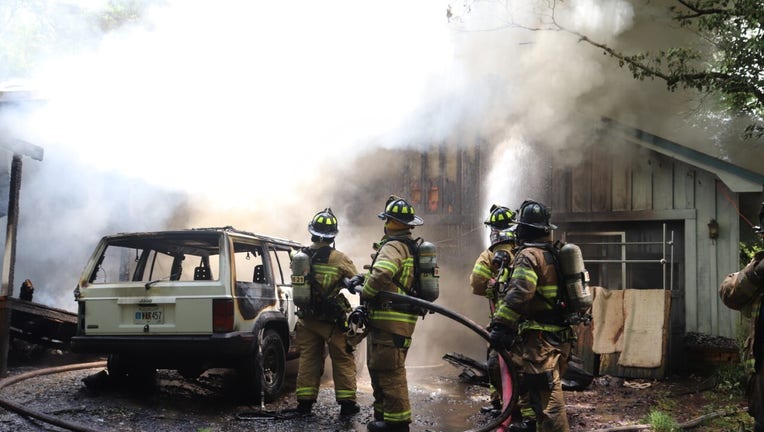 HALL COUNTY, Ga. - Fire officials in Hall County are investigating a fire that tore through a house on Tuesday afternoon leaving two homeless.

It happened at a home in the 3300 block of Donna Way off McEver Road just after 1 p.m. Hall County Fire Services said firefighters arrived to find about 70 percent of the home fully involved.

Crews worked to knock the fire down from the outside.

No one was injured, but officials said two adults were displaced by the fire.

Firefighters spent the afternoon hitting hot spots while the Hall County Fire Marshal’s Office began their investigation to determine the cause.