NEWNAN, Ga. - Edgardo Ramirez was standing outside of his Newnan home when he caught a powerful storm on camera.

Tuesday afternoon's storm produced strong gusts of wind and rain that uprooted a tree in Ramirez's front yard. He was able to catch it all on camera.

“White sky with big tons of gray color, something twisting. Just coming from one all the way to ten very very strong and fast," Ramirez said.

A family watches as strong winds rip a tree out of the ground.

His daughter, 9-year-old Isabella was inside when this happened.

“Since it was the first once I’ve seen, I was really really scared. It was my first one in a whole nine years," she said. 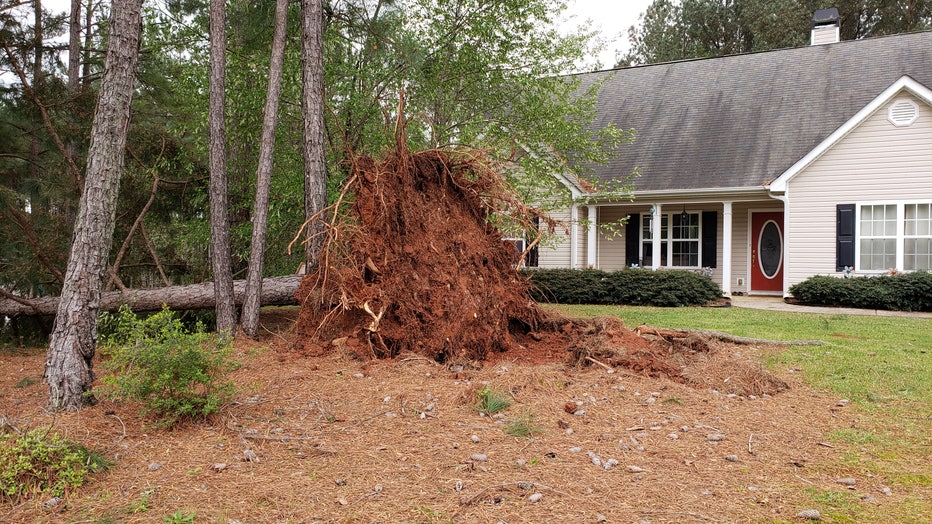 Ramirez said the storm only last a minute or so and then everything became calm. He said he ran back into the house to check on the family.

Luckily, the tree fell away from the Ramirez's home. There was no damage to the home or cars and everyone was safe.

Ramirez said there is no way he would have ran indoors as the storm hit. He’s a photographer and he says this was just too good of an opportunity to pass up. He said this is the first time he's seen a storm quite like the one Tuesday afternoon.

“I’m like wow. This is really. So for me, it was really cool," Ramirez said.

A line of strong to severe storms moved through the metro Atlanta area on Tuesday.