Congresswoman Carolyn Bourdeaux stopped by her election night headquarters to give thanks to her team, supporters, and more after results showed Rep. Lucy McBath winning in the GOP primary. Bourdeaux was looking to seek a second term in metro Atlanta’s 7th Congressional District.

GWINNETT COUNTY, Ga - Carolyn Bourdeaux stopped by her watch party in Peachtree Corners at Kettlerock Brewing just an hour and a half after polls closed.  She thanked her staff and all the people who supported her.

The congresswoman talked about this being her 6th campaign and how every one of them has had a different feel. She said this one against Lucy McBath came down to a grassroots campaign versus big money. She called it challenging. 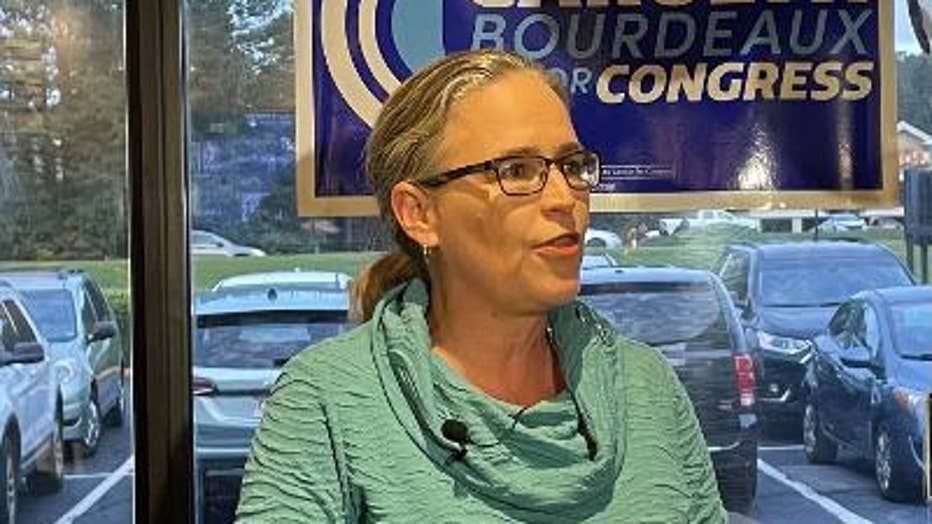 Bourdeaux said she was proud of how her campaign was run and all the people who helped out.