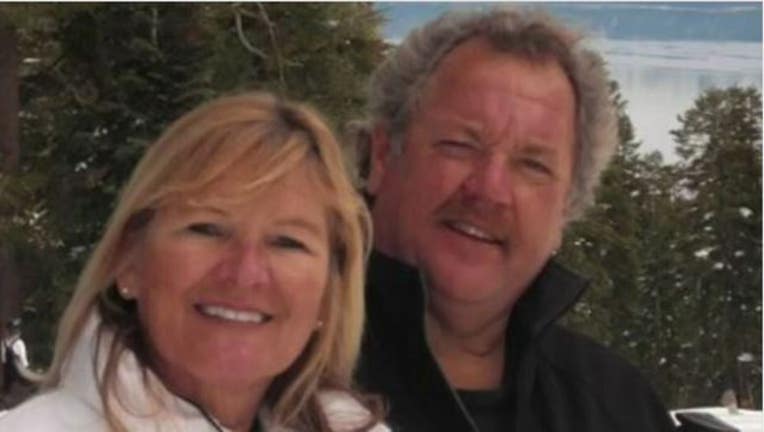 PUNTA CANA, D.R. (KTVU) - Another American tourist has died in the Dominican Republic: The latest casualty is a California man who fell critically ill at an all-inclusive resort about a month before three others died in their rooms, Fox News has learned.

In all, six U.S. tourists have died in recent months while vacationing in the Dominican Republic - a trend that the FBI is now investigating.

Robert "Bob" Bell Wallace, 67, of Modesto, and who grew up in Redwood City, became sick almost immediately after he had a scotch from the room minibar at the Hard Rock Hotel & Casino resort in Punta Cana in April, his niece, Chloe Arnold, told Fox News on Sunday. He was in the Dominican Republic to attend his stepson’s wedding. He is survived by his wife, Beverly Tickenoff Wallace, according to his obituary. The two had three children between them.

Punta Cana is a town at the easternmost tip of the Dominican Republic and touches the Caribbean Sea and the Atlantic Ocean. The spot is known for its beaches and lavish resorts.

Arnold said her uncle, an avid traveler, had been in relatively good health and just the month before had been skiing in Lake Tahoe. Wallace loved to ski, according to his obituary, and he had opened a sports shop specializing in ski equipment. For most of his career, Wallace owned Wallace Construction in Turlock, and had built many apartment and condominium projects. He was also a rancher.

Arnold said the family has been particularly concerned after having recently learned of the other seemingly mysterious deaths in the Dominican Republic. Miranda Schaup-Werner, a Pennsylvania woman, died almost four weeks earlier, on May 25, after she had a drink from her minibar at another hotel, the Bahia Principe La Romana. In that case, Tourism Minister Francisco Javier García said an autopsy shows that Schaup-Werner, 41, of Allentown, suffered a heart attack.

"He was fine," Arnold told Fox News. "He and his wife arrived there at around midnight on April 10. On April 11 he had scotch from the minibar. He started feeling very sick, he had blood in his urine and stool right afterward."

She said a hotel doctor had checked Wallace, then decided on April 13 that he needed to be hospitalized. He died April 14. Dominican authorities have yet to give the family a cause of death, Arnold said.

"We have so many questions," she said. "We don't want this to happen to anyone else."

The U.S. State Department, responding to questions about Wallace's death, said in a statement to Fox News: "We can confirm the death of a U.S. citizen in April 2019 in the Dominican Republic.  We offer our sincerest condolences to the family for their loss. Out of respect for the family during this difficult time, we do not have additional information to provide."

Dominican police also are investigating the deaths of a Maryland couple found at another hotel in the same resort May 30. Officials said Edward Nathaniel Holmes, 63, and Cynthia Ann Day, 49, appeared to have suffered respiratory failure and fluid in the lungs. Authorities originally described the deaths as taking place in the same hotel.

The family of Glenside resident Yvette Monique Sport said she died in 2018 at a Bahia Principe Resort on the Dominican Republic after having a drink from the minibar. Sport's sister Felecia Nieves, in an interview with FOX29, said they were told Sport died from a heart attack. Her obituary simply states she died suddenly on June 23, 2018 while in the Dominican Republic. In a  June 7 statement, the Bahia Principe said it has a "firm commitment to collaborate completely with the authorities and hope for a prompt resolution."

Dominican authorities continue to investigate a third case that the victim recently made public on social media, detailing an hours-long assault by a man she said was wearing the uniform of an all-inclusive resort. He said the investigation was complicated by the woman's inability to identify the attacker from a lineup of all employees on duty at the time. Garcia also said there were inconsistencies between the woman's account of the events during the day of the attack, and her husband's account.

The Dominican Republic's prosecutor's office said forensics experts are performing toxicological and other tests to determine the causes of death of Holmes and Day. So far, authorities have said that the deaths are unrelated.

The New York Post reported that nearly 70 tourists have reported getting violently ill while vacationing in the Dominican Republic since March, according to a commonly used website that tracks food-borne illness outbreaks.

The Associated Press contributed to this story. This story was reported from Oakland, Calif.