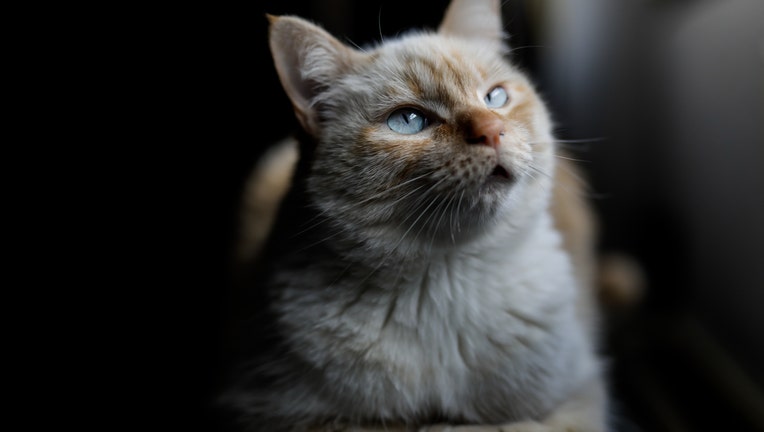 MADRID, SPAIN - APRIL 08: The photographer’s domestic cat looks out the window during the coronavirus pandemic on April 08, 2020 in Madrid, Spain. At least four animals worldwide - two dogs, a cat and a tiger have tested positive for Covid-19, as sta

VALLEJO, Calif. - A planning commissioner in California has resigned after video surfaced of him appearing to throw his cat and allegedly drinking a beer during a Zoom meeting, according to a report on Saturday.

The video in question was a Vallejo Planning Commission teleconference on April 20. Chris Platzer was seen on video announcing, “I’d like to introduce my cat,” before he apparently picked up the feline and threw it.

After the meeting, Platzer was heard by city staff making derogatory remarks, the Vallejo Times-Herald reported.

“I’m going to call bull— on you little b—s,” he said, according to the original commission meeting video released by the Northern California city.

The meeting was held online due to the coronavirus pandemic.

In an email to the paper on Saturday, Platzer said he has resigned from the planning commission, which occurred just days before the council was considering a resolution to remove him from the seven-person panel.

Dogs ‘chat’ while on video call

Laika and Henri gave a friendly canine hello to one another via Zoom. (Credit: Jeremy Howard via Storyful)

“I did not conduct myself in the Zoom meeting in a manner befitting of a planning commissioner and apologize for any harm I may have inflicted,” Platzer wrote. “I serve at the pleasure of the council and no longer have that trust and backing."

He added: "We are all living in uncertain times and I certainly, like many of you, am adjusting to a new normalcy.”

Vallejo spokesperson Christina Lee told the Times-Herald the city was still attempting to confirm if Platzer had officially resigned from the commission. Platzer couldn’t be reached for comment on Saturday.

The Associated Press contributed to this report. Get updates on this story at FOXNews.com.