THOMSON, Ga. (AP) - At least one person has been killed in a plane crash in east Georgia, authorities said Tuesday.

The plane went down Tuesday morning in a field in the Thomson area, The Augusta Chronicle reported.

The aircraft was a business jet — a Dassault Falcon 20 — the National Transportation Safety Board said in a brief statement.

Sheriff's deputies were notified of a missing plane around 6:30 a.m., McDuffie County sheriff's Maj. Ronnie Williamson said. They searched the area and found the wreckage in the field, he said. 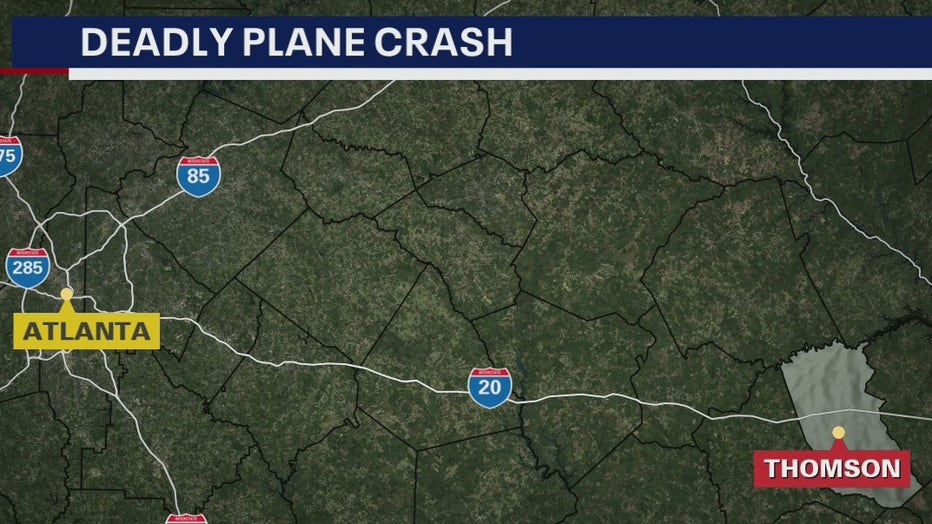 At least one person has been killed in a plane crash in a field in the Thomson area.

The plane appeared to have been heading to Thomson-McDuffie County Airport, Williamson said.

Williamson confirmed that it was a fatal crash, but did not specify how many people were on board or died. Few other details were immediately available.