PATH400 is a walkable, bike-able and dog-friendly greenway that essentially traces the highway from just south of Lindbergh Drive up to Sandy Spring

ATLANTA - Very few people would ever call Georgia 400 relaxing; in fact, it’s been creating headaches since before it was built.

"It was a very divisive thing when it happened. It literally cut neighborhoods in half," says Livable Buckhead executive director Denise Starling.  "And so, there is a lot of scar tissue in the community."

So, Starling and her team at the non-profit hoped to facilitate some healing with the creation of PATH400, a walkable, bike-able and dog-friendly greenway that essentially traces the highway from just south of Lindbergh Drive up to Sandy Springs.  Starling says the idea for the 5.2-mile-long paved pathway (similar to the Atlanta BeltLine and Silver Comet Trail) stretches back a decade.

"We were doing a master plan — a parks master plan — for the community, because this was the lowest parked in the entire city of Atlanta.  And so, the councilmen for the district, Howard Shook, wanted to change that," she says.  "With Buckhead being so developed, we knew we weren't going to find one big 106-acre park, so we had to find land where we could." 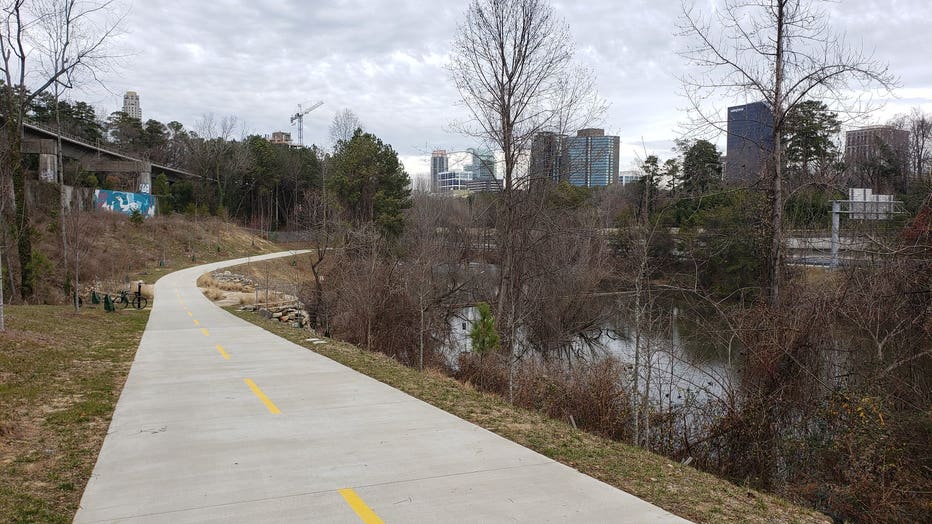 The available land, of course, was that so-called "scar tissue" along Georgia 400.  And with the participation of groups ranging from the Buckhead Community Improvement District and the PATH Foundation to the Georgia Department of Transportation, MARTA and Norfolk Southern, the land is now being transformed into a scenic nature walk dotted with art, wildlife, and some pulse-pounding hills.

Project planners say work on PATH400 is 80 percent complete, with funding coming from grants and donations.  And with the addition of each new section comes a different kind of traffic — community members seeking a break from life in the fast lane.