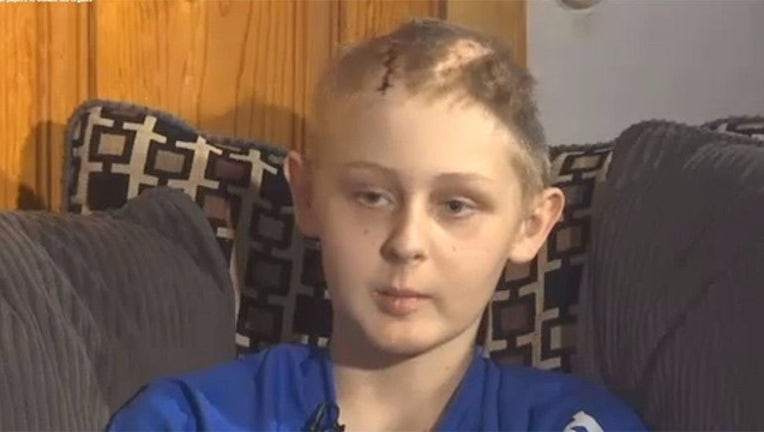 (FOX NEWS) - A 13-year-old boy who was said to be suffering severe brain injury defied odds when he regained consciousness after his parents had signed papers to donate his organs.

Trenton McKinley, of Mobile, Ala., was hospitalized two months ago after a small utility trailer he was in flipped over.

“I hit the concrete and the trailer landed on top of my head. After that, I don't remember anything," Trenton told Fox 10.

Trenton suffered seven skull fractures from the accident. His parents recalled doctors saying their son “would never be normal again.”