The child was allegedly seen flipping his middle finger to officers as he drove past them with the bus. (Credit: Mike Cave via Storyful)

An 11-year-old Louisiana boy was taken into custody by police on Sunday, after allegedly stealing a school bus and leading officers on a chase, which ended in a crash.

Around 11:30 a.m., the bus hit a gas line and then a tree before authorities surrounded it to take the boy away, according to WBRZ in Baton Rouge.

Police said the bus had no keys in the ignition and only required a push-to-start button.

An eyewitness reportedly managed to record the incident on video.

There was, however, no major damage or injuries initially reported at the scene. 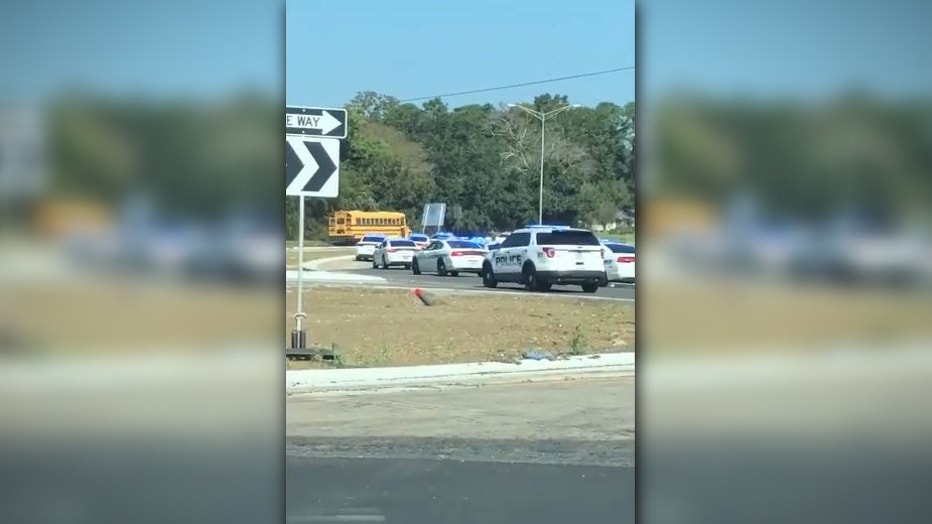 The child was allegedly seen flipping his middle finger to officers as he drove past them with the bus. (Credit: Mike Cave via Storyful)

Authorities added that the suspect was likely too small to reach the pedals on the floor and was forced to stand while driving.

The child had been seen flipping off the police with his middle finger as he drove past them with the bus, WBRZ reported.

The boy was later booked into juvenile detention on charges including theft of a motor vehicle and aggravated assault.

Law enforcement said the aggravated assault charge stems from when the boy "purposely trying to strike a vehicle."

No additional information about the juvenile, including his name, was released to the public.