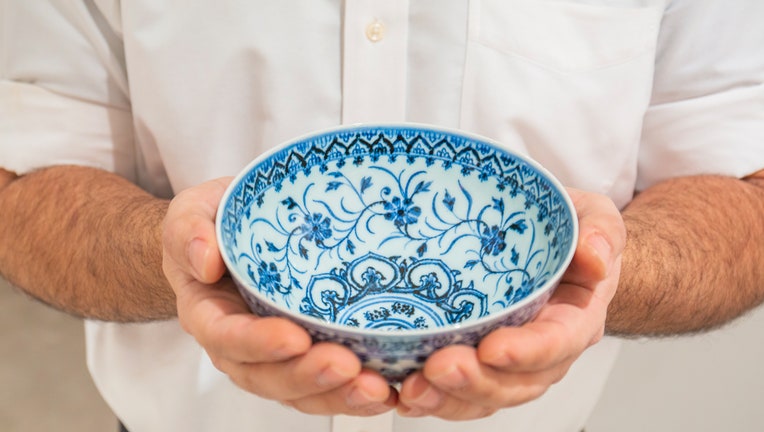 HARTFORD, Conn. - Talk about your yard sale finds. A small porcelain bowl bought for $35 at a Connecticut yard sale turned out to be a rare, 15th century Chinese artifact worth between $300,000 and $500,000 that is about to go up for auction at Sotheby's.

The white bowl adorned with cobalt blue paintings of flowers and other designs is about 6 inches (16 centimeters) in diameter. An antiques enthusiast came across the piece and thought it could be something special when browsing a yard sale in the New Haven area last year, according to Sotheby's.

The piece, one of only seven such bowls known to exist in the world, will be up for auction in New York on March 17 as part of Sotheby’s Auction of Important Chinese Art. 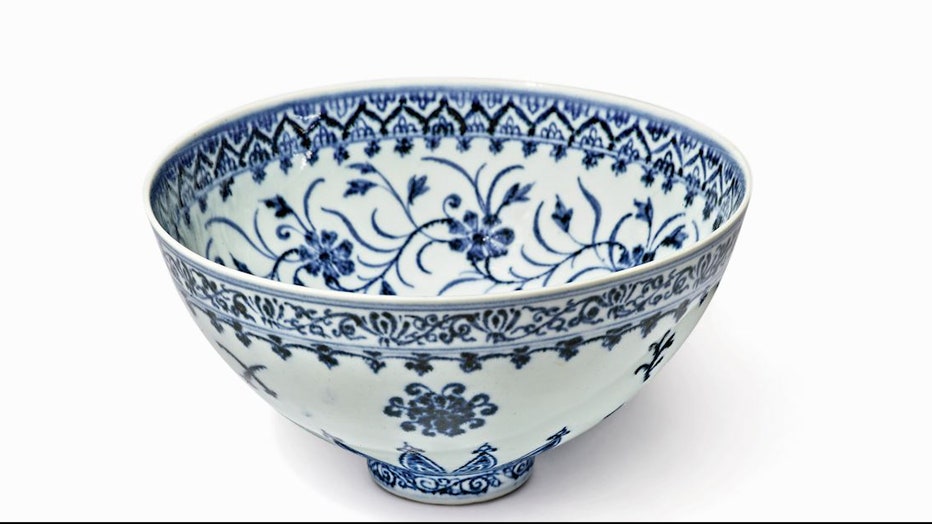 The buyer, whom is not being named, paid the $35 asking price and later emailed information and photos to Sotheby's asking for an evaluation. The auction house's experts on Chinese ceramics and art, Angela McAteer and Hang Yin, get many such emails every week, but this was one of the kind they dream about.

"It was immediately apparent to both of us that we were looking at something really very, very special," said McAteer, Sotheby's senior vice president and head of its Chinese Works of Art Department. "The style of painting, the shape of the bowl, even just the color of the blue is quite characteristic of that early, early 15th century period of porcelain."

They confirmed it was from the 1400s when they were able to look at it in person. There are no scientific tests, only the trained eyes and hands of specialists. The bowl was very smooth to the touch, its glaze was silky and the color and designs are distinctive of the period.

"All the characteristics and hallmarks are there that identify it as a product of the early Ming period," McAteer said.

McAteer and Yin determined the bowl dates back to the early 1400s during the reign of the Yongle emperor, the third ruler of the Ming Dynasty, and was made for the Yongle court. The Yongle court was known to have ushered in a new style to the porcelain kilns in the city of Jingdezhen, and the bowl is a quintessential Yongle product, according to Sotheby's.

The bowl was made in the shape of a lotus bud or chicken heart. Inside, it is decorated with a medallion at the bottom and a quatrefoil motif surrounded by flowers. The outside includes four blossoms of lotus, peony, chrysanthemum and pomegranate flower. There are also intricate patterns at the top of both the outside and inside. 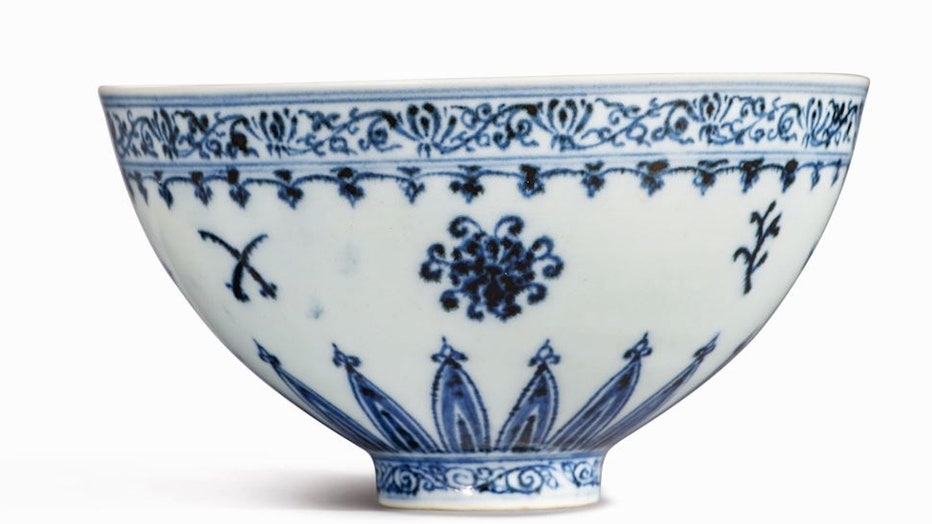 McAteer said only six other such bowls are known to exist, and most of them are in museums. No others are in the United States. There are two at the National Palace Museum in Taipei, Taiwan, two at museums in London and one in the National Museum of Iran in Tehran, according to Sotheby's.

How the bowl ended up at a Connecticut yard sale remains a mystery. McAteer said it's possible it was passed down through generations of the same family who did not know how unique it was.

"It’s always quite astounding to think that it kind of still happens, that these treasures can be discovered," McAteer said. "It’s always really exciting for us as specialists when something we didn’t even know existed here appears seemingly out of nowhere."