Roe v. Wade supporters gathered in front of the Georgia Capitol on Saturday to rally for Georgians to vote for pro-choice candidates this election season. This after a leaked draft decision by the Supreme Court revealed it may be poised to overturn or gut the landmark 1973 decision.

ATLANTA - Hundreds of people packed Liberty Plaza in front of the Georgia state Capitol in Atlanta on Saturday to defend women’s reproductive choices. It was just one of hundreds of marches and rallies being held across the country expressing outrage the Supreme Court seems poised to scrap the constitutional right to abortion that has endured for nearly a half-century

Demonstrations have taken place every weekend since the leaked draft opinion suggested the court's conservative majority would overturn the landmark Roe v. Wade ruling. The leaked decision suggests that it should be the states' right to decide on the issue of abortion. 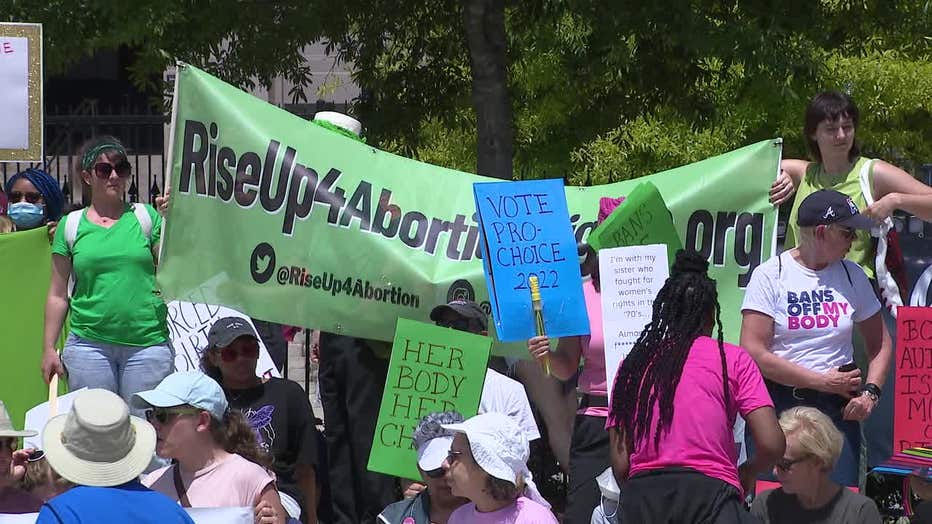 'BANS OFF OUR BODIES': ABORTION RIGHTS SUPPORTERS RALLY ACROSS THE U.S.

Many Republican-led states, such as Georgia, have been working to enact tighter restrictions. At least half the states have already passed or plan to pass abortion bans if Supreme Court decides to leave the issue up to the individual states. 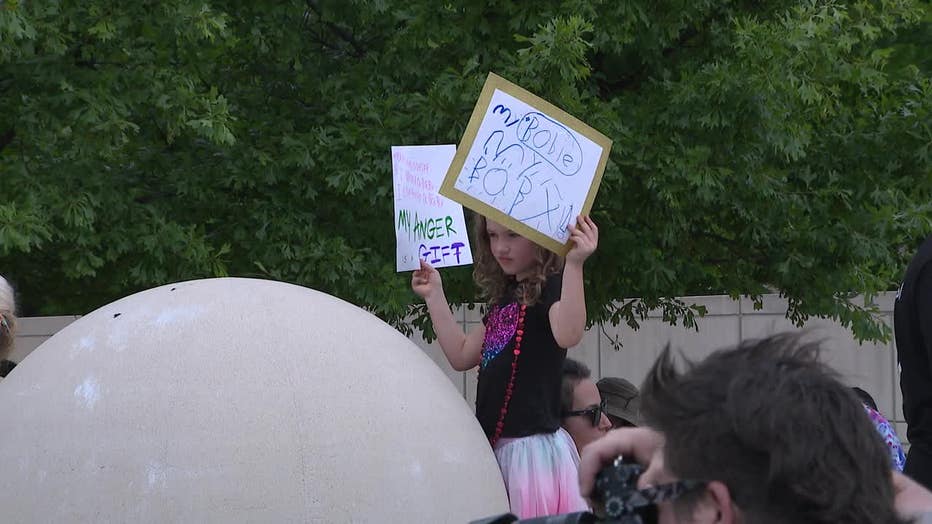 Pro-Choice advocates rally to save Roe v. Wade in Georgia

Atlanta was among the more than 200 locations across the U.S. where pro-choice supporters gathered to send a clear message not just to lawmakers, but to voters as well.

"I know that elections have consequences," said Rep. Nikema Willams, an Atlanta Democrat who formerly lobbied for Planned Parenthood in the Southeast.

Williams recently introduced a resolution to condemn attempts to criminally prosecute people who perform abortions and women who have them. It also would support keeping contraceptives and abortion pills available.

"I never lived in a time when Roe v. Wade was not the law of the land, abortion was not legal, and I don't want to live in a country where I have fewer rights than my mom and my grandma," said Rep. Williams. 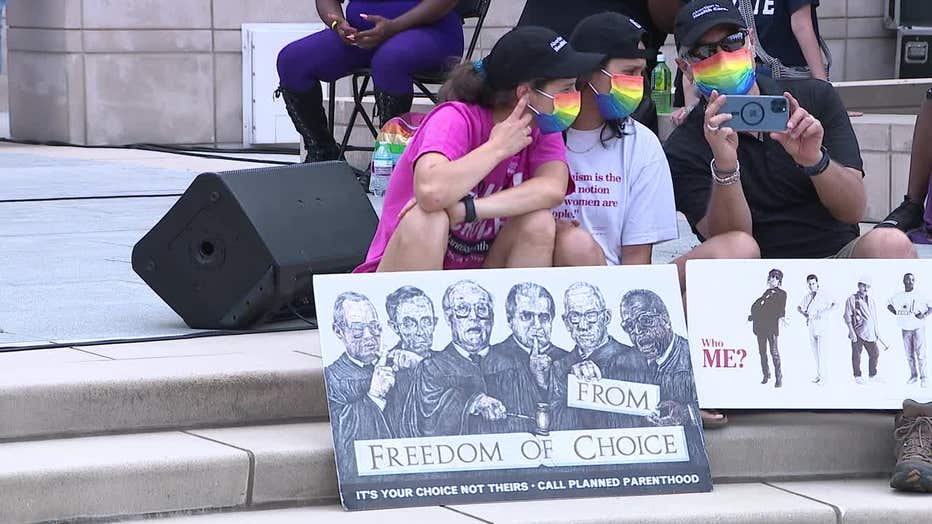 About 3,500 gathered at Liberty Plaza in front of the Georgia Capitol on Saturday. Many held signs with some reading "abortion rights are human rights" and "my body my choice." Some held signs with wire hangers, long a symbol for unsafe abortion practices before the 1973 Roe v. Wade decision.

Williams said she believed the energy of the rally was positive and a step in the right direction, but they need to have inertia going into the Midterm Elections. She said pro-choice supporters need to "elect leaders that are truly going to represent the 68% of people in this country that do not want Roe v. Wade overturned."

"The fact is the majority of Georgians and people across this nation support access to safe, legal abortion and we're here to send a clear message that it is not a politicians place to interfere with our personal medical decisions," said Lauren Frazier with Planned Parenthood Southeast.

Fraizer echoed that the upcoming election season could be extremely critical.

"We have to keep this conversation going," Rep. Williams said. 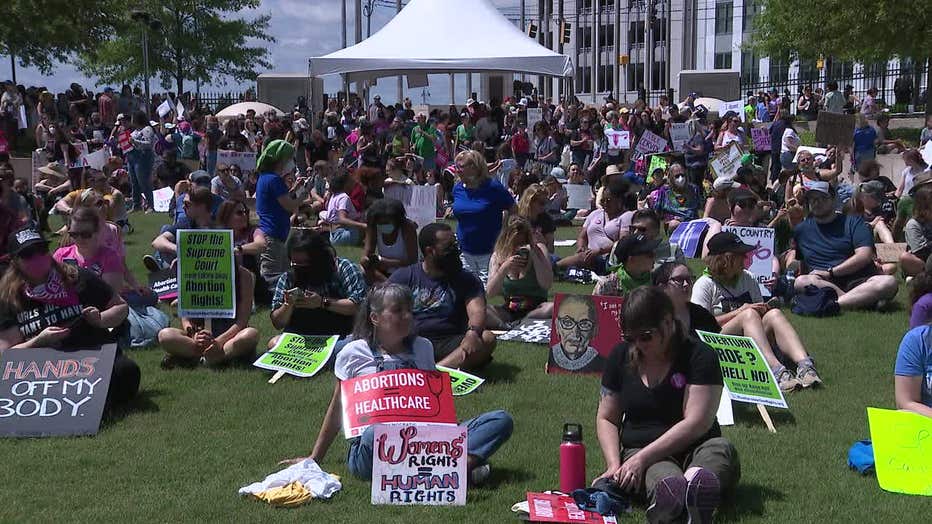 Pro-choice advocated held a 'Bans off our Bodies' rally at Liberty Plaza in front of the Georgia Capitol in Atlanta on May 14, 2022.

Georgia House Minority Leader James Beverly, D-Macon, fought against the "heartbeat" abortion bill in the legislature and said if the court's final decision allows it to become law in Georgia, it will motivate voters.

"I think that the voters can respond to that and I think that women are going to send a real message not just for the governor's office, but also the state House and the Senate.  Enough is enough," said Leader Beverly. If we do that Georgia will change and I think we'll flip the House this year and we'll see, but we're knocking on the door right now."

Rep. Ed Setzler, R-Acworth was the primary sponsor of Georgia's "heartbeat bill", which banned abortion procedures after a fetal heartbeat can be detected, which is at about six weeks gestation.

"I think this is a circumstance where the court is righting a wrong of the past in a way that jives with science, law and just good, old common sense," said state Rep. Setzler. 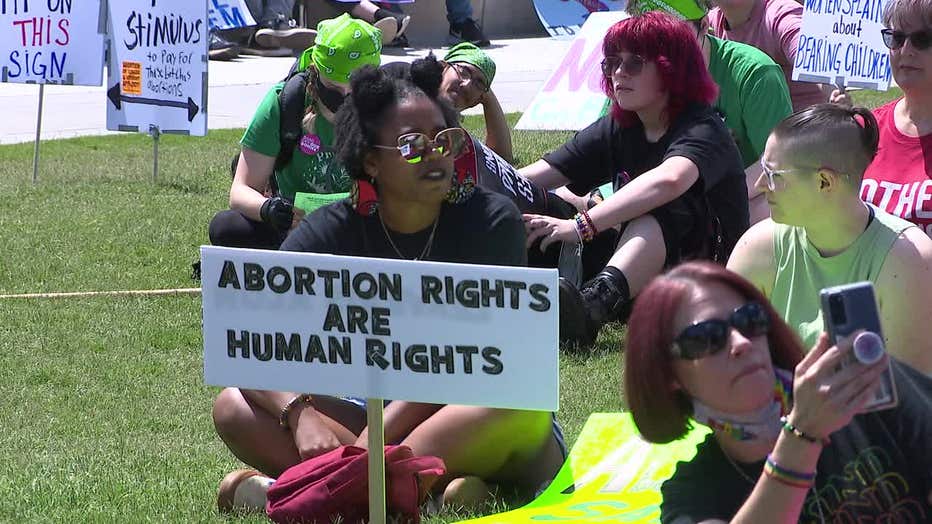 Pro-choice advocates pointed out the ban takes effect before many women even know they are pregnant, and they filed a legal challenge to stop the bill from becoming law after Gov. Brian Kemp signed it in May 2019.

Last fall, the United States Court of Appeals for the Eleventh Judicial Circuit determined it could not rule on the Georgia law until after the Supreme Court made a decision about the Mississippi abortion ban.

"If, in fact, the Supreme Court rules that states' legislatures can decide these questions, then I think we would expect very shortly thereafter a ruling from the 11th allowing our bill to go into effect," said Rep. Setzler. "And we could protect these fragile, small people that are the most helpless members of our human community."

"I would be excited to have the conversation, but again, let's not prejudge where we are," said Rep. Setzler. "Let's let the court rule, but I do think that we can recognize that life begins at conception, all children are worthy of protection, even before they have a heartbeat." 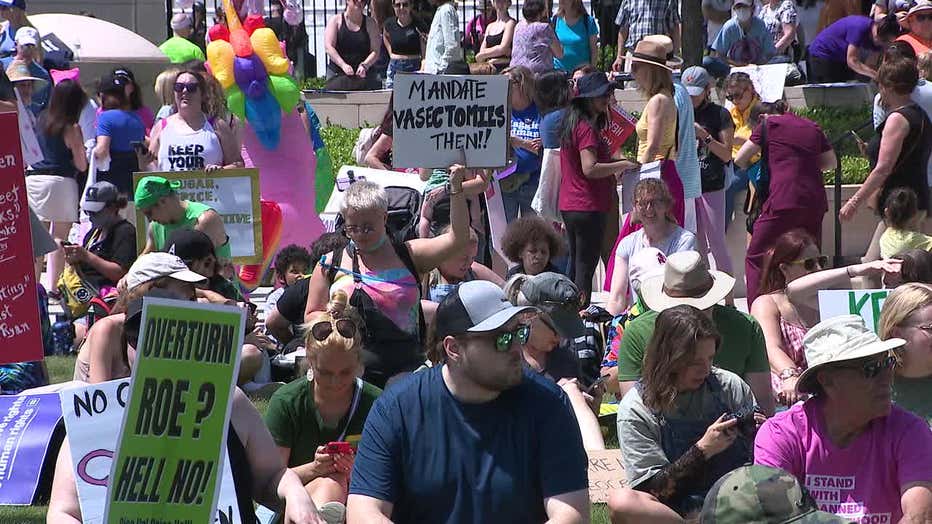 Meanwhile, elected officials in Washington, D.C. took up the issue this week. The U.S. Senate’s effort to enshrine Roe v. Wade abortion access as federal law was blocked by a Republican filibuster in a blunt display of the nation's partisan divide over the landmark court decision and the limits of legislative action.

The almost party-line tally promises to be the first of several efforts in Congress to preserve the nearly 50-year-old court ruling, which declares a constitutional right to abortion services but is at serious risk of being overturned this summer by a conservative Supreme Court.

President Joe Biden called on the Congress controlled by Democrats to pass legislation to protect abortion services for millions of Americans. But his party's slim majority proved unable to overcome the filibuster led by Republicans, who have been working for decades to install conservative Supreme Court justices and end Roe v. Wade. The vote was 51-49 against proceeding, with 60 votes needed to move ahead. 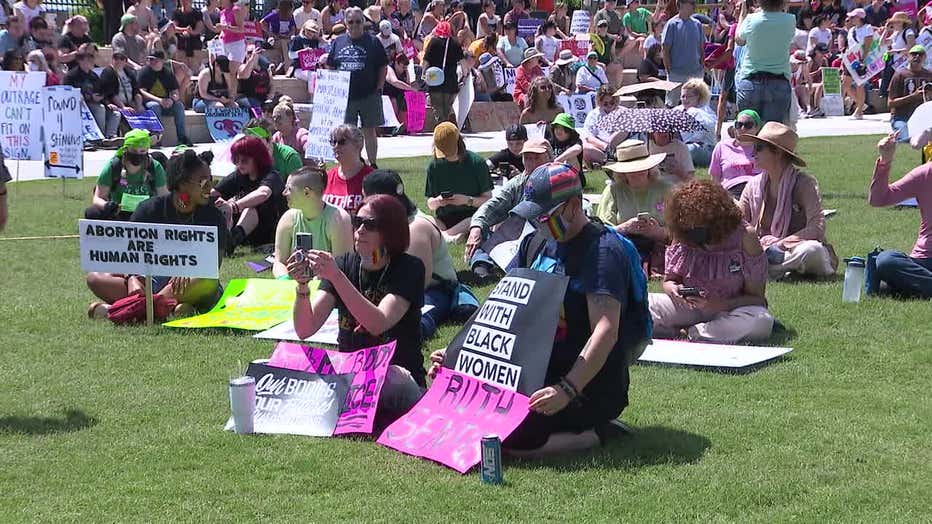 U.S. Senate Minority Leader Mitch McConnell said "it’s possible" Republicans could seek a nationwide ban on abortion if Roe v. Wade is overturned and the GOP takes back control of the Senate.

Expecting a final abortion decision from the Supreme Court

Amid all the activity and fervor, the truth remains that the leaked draft Supreme Court opinion has not been made final. Legal experts point out the draft opinion was written in February. 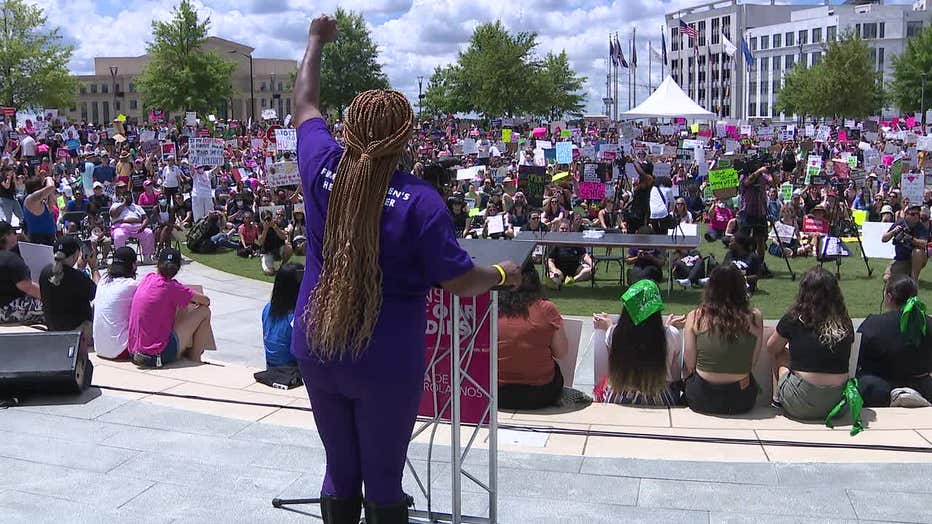 "Drafts change drastically between the first draft and what the public usually sees," said Fred Smith, Jr. a law professor at Emory University, who specializes in Constitutional law. "They get better. They get more precise. They respond better to opposing arguments, and sometimes they no longer command a majority by the time the opinion ultimately comes out because justices have read a dissenting opinion, or they've read a concurring opinion that has different reasoning that they find more persuasive."

Still, many believe the Supreme Court is poised to gut the protections of Roe v. Wade and hand the decision back to the states in the final decision expect sometime in June or July.