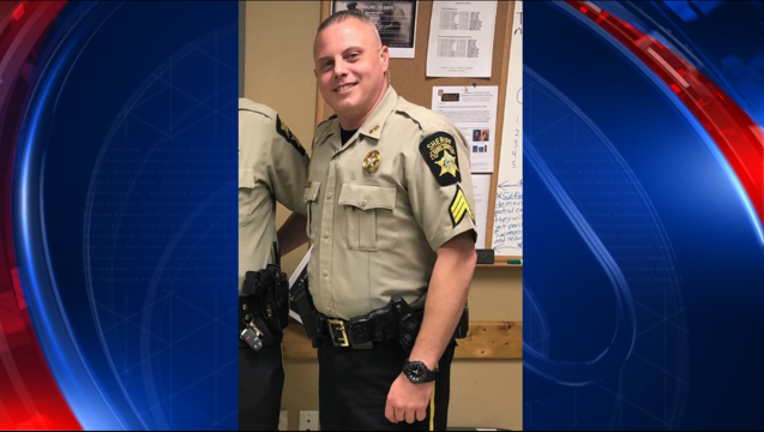 BANK COUNTY, Ga. (FOX 5 Atlanta) - A Banks County deputy is recovering after being hit by a vehicle while chasing a suspect on foot Friday, according to the Sheriff's office.

After performing a traffic stop on Steve Reynolds Industrial Parkway, Sgt. Joshua Roberston, chased one of the males after he got out of the car, according to a post on the sheriff's office official Facebook page.

Roberston was taken to Piedmont Athens Regional Medical Center, where he was treated for several injuries. He was listed in stable condition.

On Sunday, the sheriff's office said, Robertson faces a "long road to recovery. It is estimated it may be at least one year before he will return to doing what he loves at BCSO".

A GoFundMe page has been set up to help raise money for the deputy’s medical expenses.

Authorities did not release the name of the suspect but confirmed he is being held in the Banks County Jail.