The Oklahoma City Zoo welcomed a new baby giraffe to its animal family.

The zoo announced the arrival of a healthy female calf to first-time mom Julu, a 6-year-old giraffe at the zoo.

"Watching Julu grow from a young calf to becoming a mother herself has been a rewarding experience for the Hoofstock team," said OKC Zoo’s Curator of Hoofstock and Primates Tracey Dolphin. "We’re proud to welcome these two calves to our animal family as part of the Zoo’s commitment to preserving giraffes for generations to come."

Video shared by the zoo on Sept. 16 shows Julu giving birth to her calf and walking around, after which a calf can suddenly be seen on the floor of Julu’s enclosure. 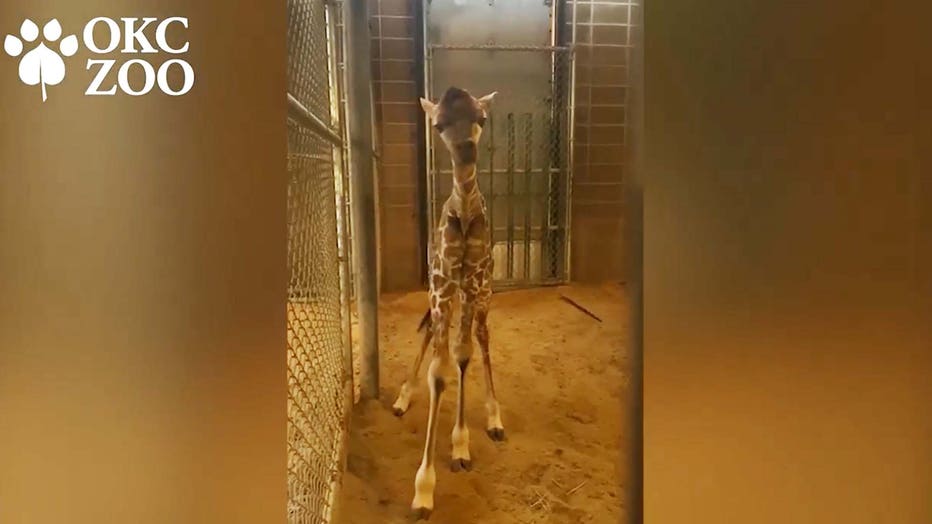 RELATED: Fort Worth Zoo to release 200-plus Texas horned lizards into wild

"Female giraffes give birth standing up, meaning the calves fall about six feet to the ground at birth," according to the zoo.

As the video progressed, Julu’s new calf can be seen attempting to stand and eventually starts walking, which the zoo said happened in less than an hour.

The new calf was born at 5 feet, 7 inches tall and weighed 130 pounds.

The newborn will "continue to spend time bonding with Julu and her herd mates behind the scenes," the zoo said.

The newest addition to the animal family is the 58th giraffe to be born at the zoo, according to a news release.