BUFORD, Ga. - Police in Gwinnett County have identified a man who was shot and killed while trying to stop a robbery at a car parts store in Buford Wednesday.

According to police, 63-year-old Felix Cosme, of Dacula, was working at O'Reilly Auto Parts at 2786 Hamilton Mill Road when he was murdered. Investigators said Cosme was a retired deputy who previously worked for the Gwinnett County Sheriff's Office. 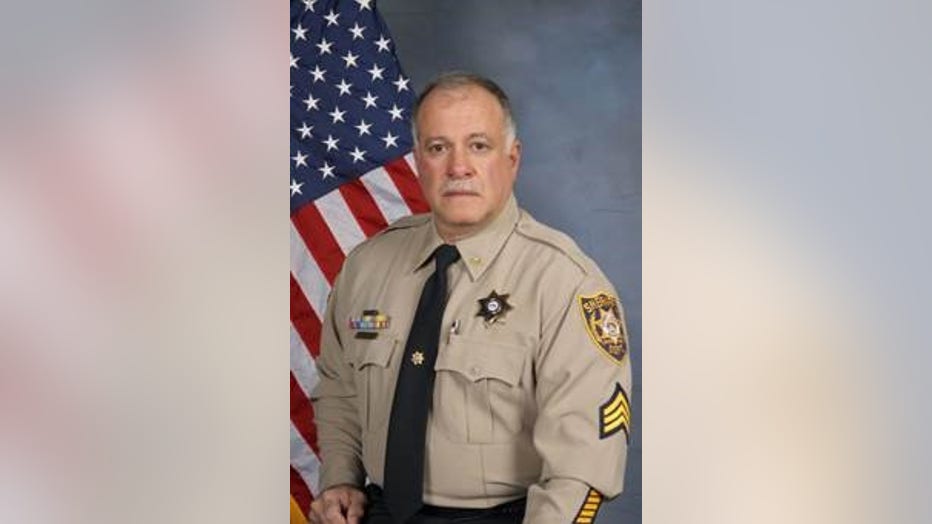 "Sergeant Cosme died a hero’s death as he attempted to protect himself and a female co-worker from a violent criminal with no regard for human life. His next of kin was notified on scene last night," the sheriff's office said on Facebook Thursday morning. View the full statement here.

Gwinnett County police said this started outside with a female employee helping one of the customers in the parking lot. Investigators said an armed man walked into the store behind the woman. Police said the suspect pulled a gun and demanded money. That’s when a male employee, Cosme, came from the back of the store and confronted the suspect with a gun, police said.

A Buford car parts store was targeted by an armed robber who shot and killed one of the clerks.

Thursday morning a customer left a bouquet of flowers and a note at the door of the unopened auto parts store, while former co-workers focused on Cosme's courage.

"Even though he was retired, he still acted to serve and protect in that store last night and that cost him his very life, "  Deputy Shannon Volkadav said about her friend and former colleague.

Police said the suspect took off in a car along Hamilton Mill Road heading towards Interstate 85. He remains at large.

Investigators said they are hoping surveillance video from the store and several nearby businesses will help get a good description of the male suspect and his getaway vehicle.