The Georgia Bureau of Investigation releases details following a shootout involving police that resulted in the death of one person. The shootout initially started as a chase.

AUBURN, Ga. - The Georgia Bureau of Investigation has been called in to investigate the death of a suspect shot and killed by police after a car chase and wreck in Auburn.

Officials have confirmed with FOX 5 that the shooting happened near the intersection of Browns Bridge Road and Bradford Park Lane in Auburn Thursday morning shortly after 5:30 a.m.

According to the GBI, the incident began when a Barrow County Sheriff's deputy tried to stop a Ford Fusion after the driver allegedly ran a stop sign in Auburn.

Instead of stopping, officials say the driver led law enforcement on a car chase, which ended when the Ford crashed into a power pole at the intersection. The driver was later identified as 29-year-old Steven Jesse Dylan Thompson.

The GBI says Thompson remained in the wrecked vehicle and threatened to shoot himself if officers approached him. He then refused to comply with commands to drop the gun.

The GBI says the female passenger surrendered after the crash and has been taken to a local hospital. No officers were injured.

Those who saw or heard the standoff say police had no choice. "They did everything they could. They definitely did not want to do it. They tried," a witness said.

Thompson was taken to a nearby hospital where he was pronounced dead from his injuries. 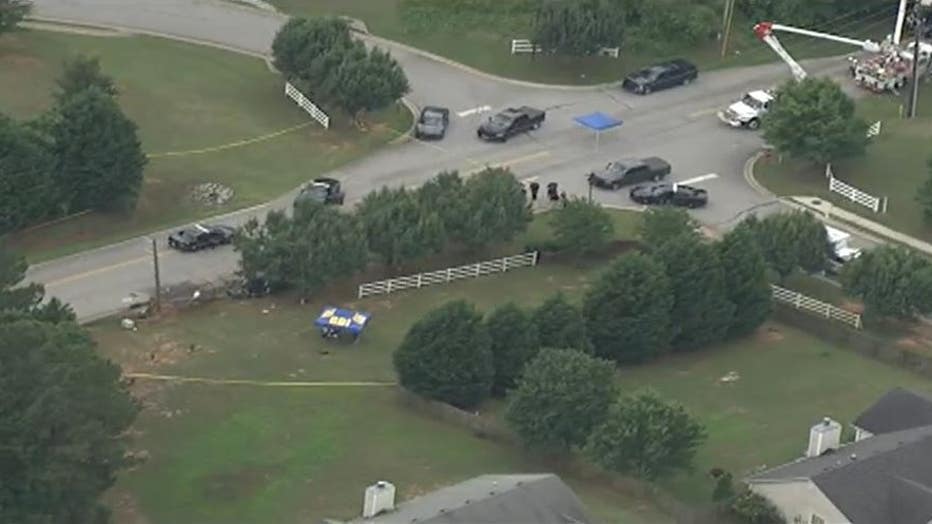 There was a female passenger in the car during the chase and when the wreck occurred. When she crawled out of the car, she immediately surrendered and was taken into custody.  She was taken to a local hospital with minor injuries from the wreck.

No officers or deputies were injured in the shooting.