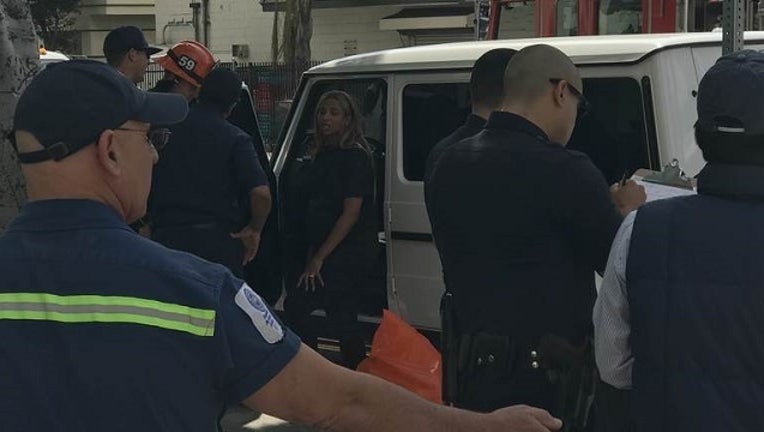 LOS ANGELES - Atlanta musician Ciara was involved in an accident in Los Angeles on Friday morning.

The singer, who is in her third trimester, was driving her white Mercedes SUV along Wilshire Boulevard, turning left on Barry Avenue when a grey Volvo SUV slammed into the front passenger side of her vehicle, TMZ.com reported.

Photos from the scene shortly after the crash show the 31-year-old star walking around talking on her cell phone.

TMZ.com reported neither party was injured in the crash.

Ciara is expecting her second child. Earlier in the week, the Atlanta resident made headlines after she shared her nude pregnancy photo shoot with Wilson and her son Future Jr.

Earlier this year, the Riverdale High School graduate posted video of herself dancing to Whitney Houston’s “I’m Every Woman” song on the fifth anniversary of the singer’s death.