ATLANTA - Atlanta mayor Keisha Lance Bottoms is the public safety mayor. That is the title her fire chief Randall Slaughter gave her after she announced a 20% hike in pay for firefighters over a three and a half year period.

Bottoms said she asked her fire command to be patient. She knew there had been some grumbling because police officers were granted a multi-year raise one year ago.

"As first responders, Atlanta’s firefighters are on the front lines of danger each and every day. When an independent study confirmed they were underpaid, it was this Administration’s duty to respond in the urgent and meaningful manner they deserve,” Mayor Bottoms said in a statement. “With this significant investment, our compensation will be competitive to support and enhance AFRD’s recruitment and retention rates.” 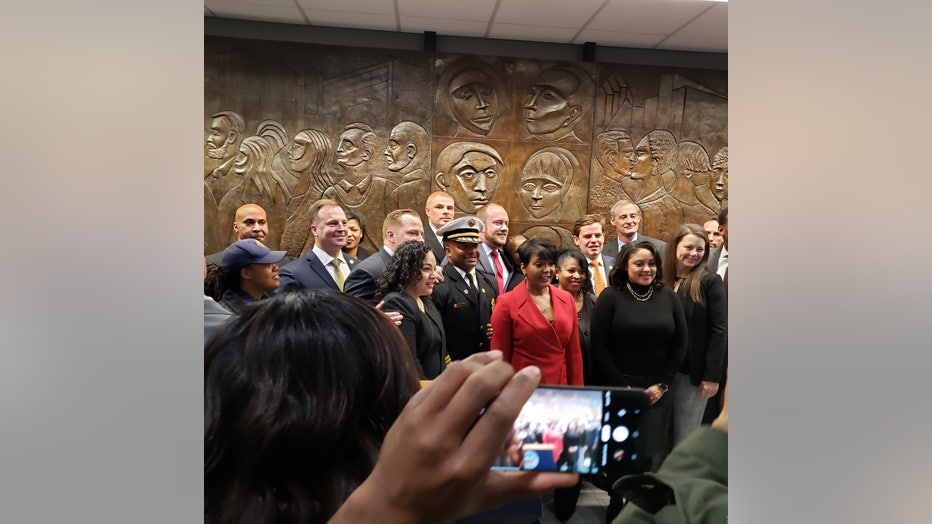 There will be no tax increases necessary to fund the fire raises. Bottoms said she put together a bucket of almost $16 million to pay for the hikes, primarily by trimming already funded but vacant positions citywide.

Slaughter said homeowners can feel confident they will get service from firefighters who will have improved morale as well as added rest when they show up at their doors.

The latter part of that equation is because the chief said his staff is approaching burnout from all of the mandatory overtime they have had to do due to low staffing.

He believes the increased salaries will enable the city to attract and keep more of the fire personnel. Some have been leaving to go to other agencies "for just a few hundred more dollars".

The first installment on the new wages will come next Jan. 31.