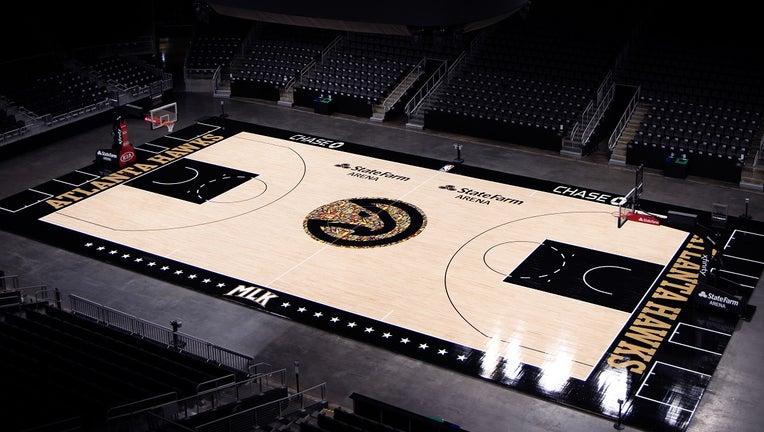 ATLANTA - The Atlanta Hawks will honor the legacy of civil rights icon Dr. Martin Luther King Jr. at the first home game of the 2020-2021 NBA season.

Monday, Jan. 18, the Hawks will play the Minnesota Timberwolves while wearing the team's 2021-2021 MLK Nike City Edition uniforms. During the game, the team will honor King's legacy through messages in the State Farm Arena and on social media.

The game will be the first of four of what the team is calling "Unity Nights," which will focus on aiming "to unite the city of Atlanta in committing to make positive change in their communities." 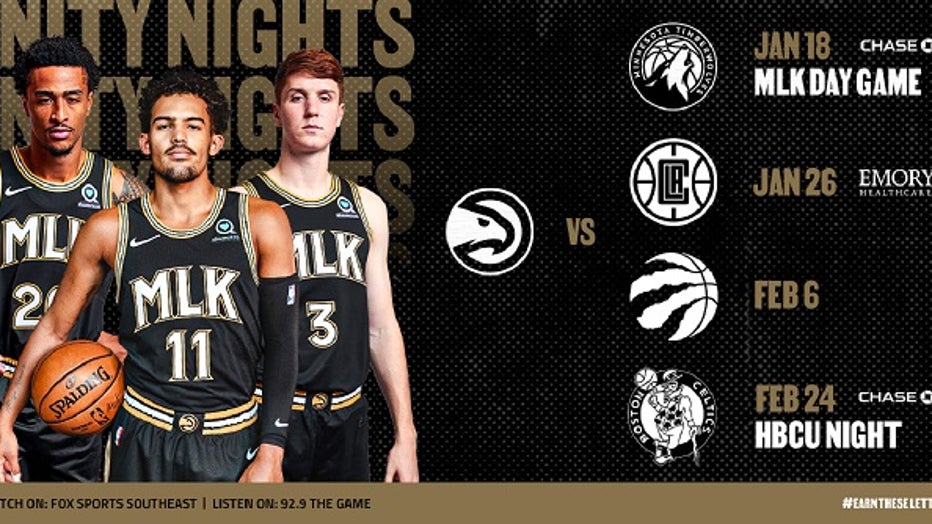 "We find it so important for our organization to honor the life and legacy of Dr. Martin Luther King Jr. through each of our Unity Nights this season," Atlanta Hawks and State Farm Arena Chief Marketing Officer Melissa Proctor said in a statement. "This past year has been different for all of us, and we hope our work continues to inspire all of our fans to making a positive change."

The unity games will also be held on Jan. 26 against the Los Angeles Clippers, Feb. 6 against the Toronto Raptors, and Feb 24 against the Boston Celtics.

Profits from the sales of MLK Nike City Edition uniforms are pledged to go to promote economic empowerment in the Black community.

The first home game was planned to be the return of ticketed fans, but on Monday the team announced that "out of an abundance of caution and in consultation with state and local health officials, including infectious disease doctors from Emory," they will now target Jan. 26 to be the date fans can cheer on the team in person.

Tickets for Jan. 26-Feb. 24 games will go on sale at a later date at Hawks.com and Ticketmaster.com.