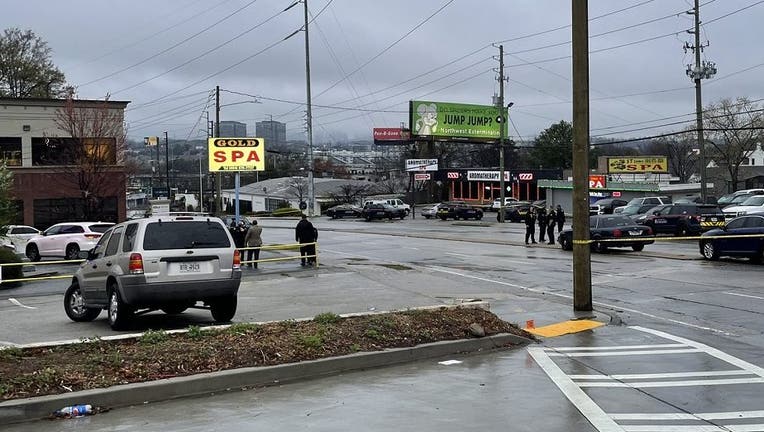 ATLANTA - President Joe Biden has ordered the American flags at the White House and all public buildings lowered to half-staff to honor the victims of the deadly spa shootings in metro Atlanta.

In a proclamation Thursday, Biden said that he signed the order "as a mark of respect for the victims of the senseless acts of violence."

The order will make all United States flags at the White House, on public buildings and grounds, at military posts and naval stations, and all naval vessels in the United States be lowered until sunset of March 22.

The declaration comes a day after Biden tweeted out his sadness over the shooting at three massage parlors and spas in Cherokee County and Atlanta.

"Jill and I are keeping everyone impacted by the shootings in Atlanta in our prayers," Biden wrote on Twitter.

"We don’t yet know the motive, but what we do know is that the Asian-American community is feeling enormous pain tonight. The recent attacks against the community are un-American. They must stop," he said.

Robert Aaron Long, 21, was charged Wednesday with killing eight people at three Atlanta-area massage parlors after he was forced to stop by troopers while driving toward Florida.

Long told police that Tuesday’s attack was not racially motivated. He claimed to have a "sex addiction," and authorities said he apparently lashed out at what he saw as sources of temptation. But those statements spurred outrage and widespread skepticism given the locations and that six of the eight victims were women of Asian descent.

Speaking on Wednesday, Atlanta Mayor Keisha Lance Bottoms said the city hasn't seen a rise in formal complaints by Asians in Atlanta, but said that they have heard the stories and seen incidents on social media and are ready to provide additional resources to help.

Bottoms said the city would be proactive in protecting ethnic communities and encouraged them to make law enforcement aware of any illegal activity to provide the appropriate resources.

"It is unacceptable, it is hateful and it has to stop," Bottoms said.