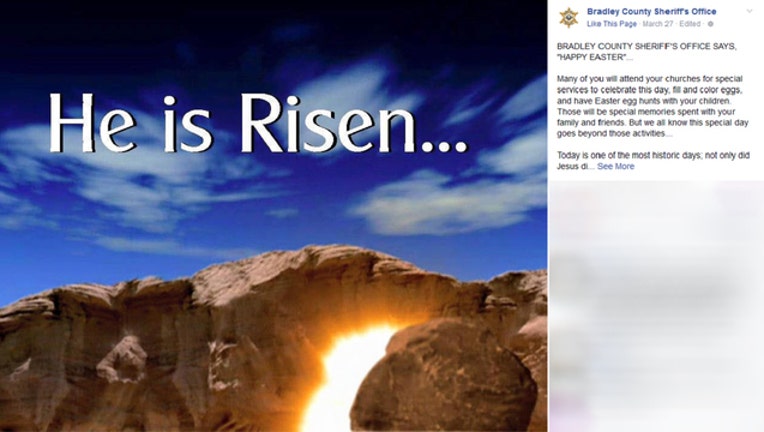 According to the lawsuit filed Monday in U.S. District Court for East Tennessee, objectionable posts include one from Easter that quoted the Bible and proclaimed of Jesus, "He is risen."

American Atheists and Jane Doe want a court order forbidding Watson and his staff from promoting religion on official government media and from censoring comments.

They are also seeking monetary damages and attorney's fees.

Jane Doe has asked the court to remain anonymous because she fears retaliation.

Sheriff's Office spokesman James Bradford said Monday he couldn't comment on the lawsuit because the office has not yet been served with it.