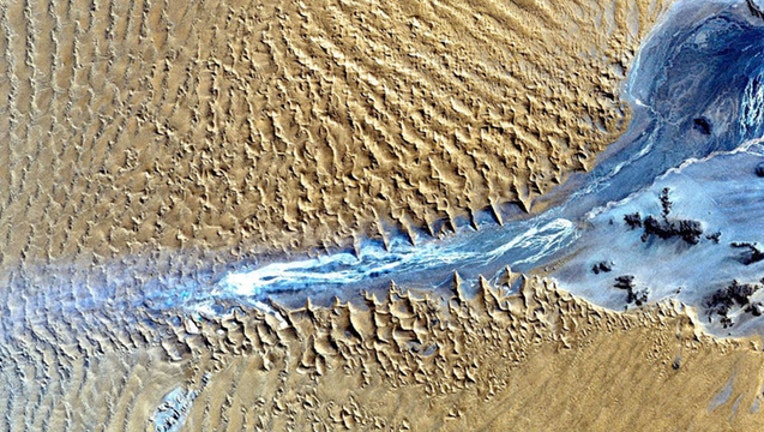 This image from the Landsat7 satellite shows giant sand dunes in the Namib-Naukluft National Park, located in the Namib Desert (Photo by USGS/Getty Images)

(FOX 10) -- A Namibian-German artist claims his sound installation in the Namib Desert, which is set to play "Africa" by Toto, will play the famous song forever.

According to the official website of Max Siedentopf, the sound installation, which he named "Toto Forever", consists of six speakers attached to an MP3 player that only has "Africa" on it. The installation is powered by solar batteries, and the MP3 player is set to play the song on loop, meaning the song, at least theoretically, can go on playing forever.

"I set up a sound installation which pays tribute to probably the most popular song of the last four decades: Toto - Africa," Siedentopf wrote on one of his posts on his unverified Instagram page.

As for where the sound installation is located, Siedentopf only circled the entirety of the Namib Desert within Namibia, on a map uploaded to his website. As for the song itself, the official music video on YouTube has over 441 million views.

FOX 10 reported on this story from Phoenix. 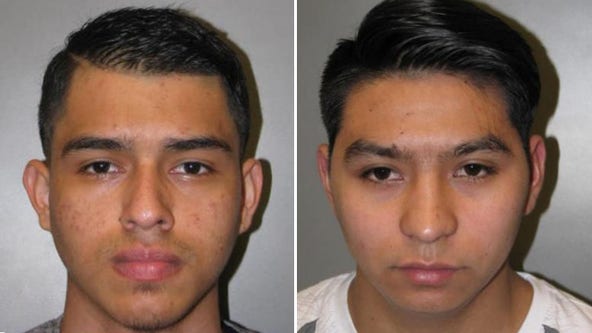