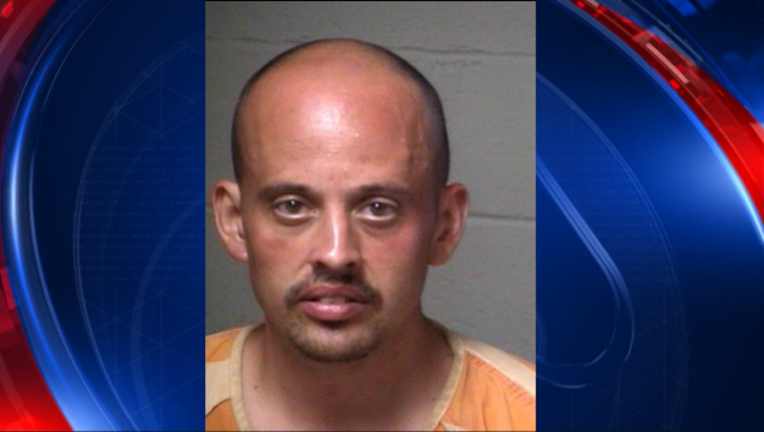 Derek Griffin, 36, of Dallas, Ga., is charged with possession of weapons on school grounds.

Deputies say a group of students was standing outside the stadium after football practice when Griffin came up to them and asked for cigarettes.

The students alerted an administrator.

Deputies tell FOX 5 Griffin had two guns in his bag.

No one was injured in the incident.

The school's principal sent the following letter home to parents informing them of the incident:

"We wanted to let you know about an incident that occurred after school hours on the campus of East Paulding High School this evening.

"Staff members were made aware of a stranger that approached several students at the school's stadium. The staff member observed that the man had a knife on his person and immediately informed the school resource officer. During the course of questioning the stranger, the SRO found the man was in possession of two guns and placed him under arrest. Both guns were in poor condition and authorities are working to determine if they are operational. The suspect has no known association with any staff member or student at the school. At this time we have no reason to think there is any continued threat to the school, our students or staff.

"We appreciate the quick thinking of our students, staff members and Paulding County Sheriff's Office to bring this situation to a quick and uneventful end.

"If you have any questions, please let me know.