How a series of missteps led to the belief a Coweta County bank was being robbed last week.

COWETA COUNTY, Ga. - A flood of law enforcement officials, including a SWAT team, responded to a Coweta County bank on Friday afternoon after a silent alarm was activated.

It happened around 3:45 p.m. at the Bank of America located along Glenda Trace at Marketplace Drive just off Highway 34.

SKYFOX 5 flew over the scene around 5:15 p.m. and saw a large police presence including a SWAT team still on the scene. 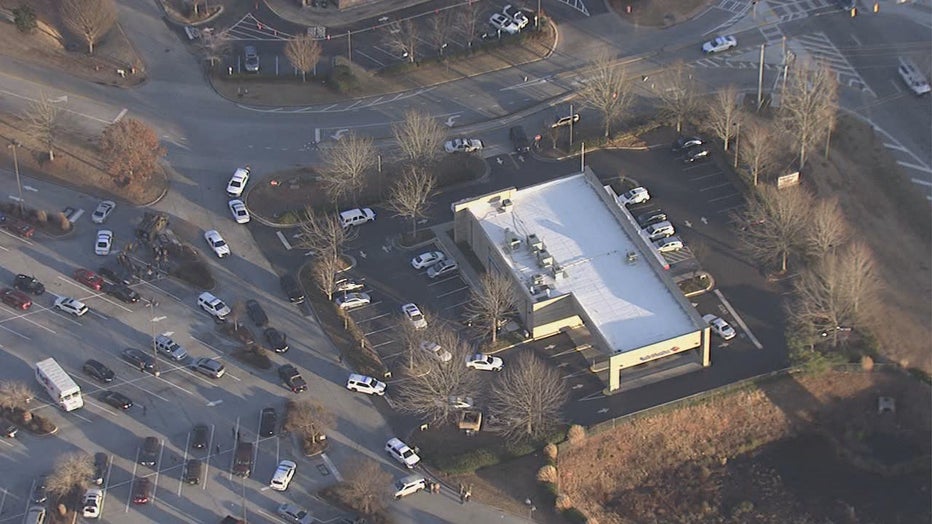 Large police presence was seen around the Bank of America along Glenda Trace in Newnan on Jan. 15, 2021. (FOX 5)

Law enforcement officials told FOX 5 News they attempted to contact the bank about the alarm to validate it as officers were en route. The Coweta County Sheriff's Office said a customer spotted a uniformed deputy arrive carrying a patrol rifle. That customer mistakenly alerted those inside the bank that there was a robbery in progress and for everyone to take cover.

A flurry of 911 calls and more silent alarms were raised, deputies said to report the mistakenly armed robbery in progress. 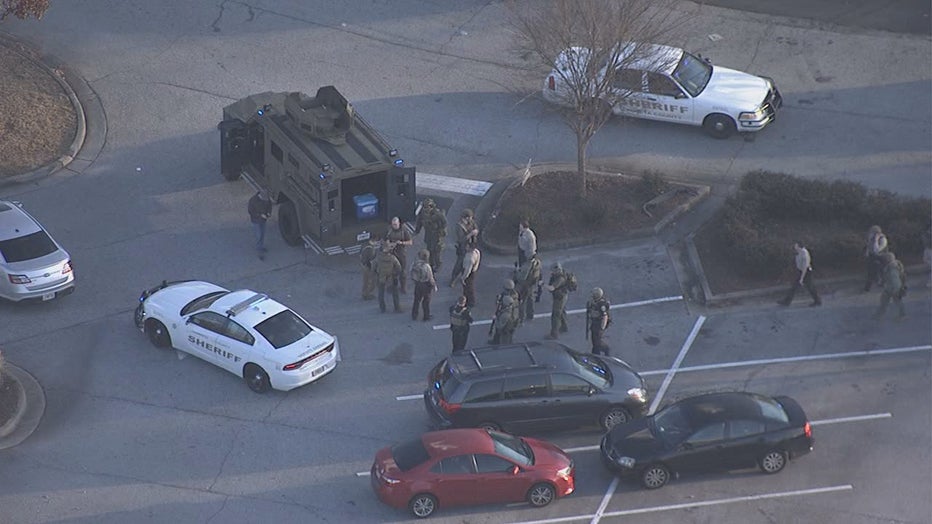 Large police presence was seen around the Bank of America along Glenda Trace in Newnan on Jan. 15, 2021. (FOX 5)

The sheriff's office said deputies were eventually able to get inside the bank, determine there was no robbery and diffused the situation.

Investigators confirmed there was no hostage situation and no robbery attempt. All employees, customers, and deputies were unharmed.