The passenger entered Australia with 2 McDonald's McMuffins in their luggage. Now they face a nearly $2,000 fine.

A passenger who arrived in Australia with two egg and beef sausage McMuffins and a ham croissant in their backpack faces a $2,664 (AUD) fine (about $1,800 USD).

The passenger arrived at Darwin airport from Bali, Indonesia.

They were cited for bringing undeclared meat into the country.

A detector dog named Zinta tipped off agents to the backpack for further inspection.  The Agriculture, Fisheries and Forestry Department says the passenger was carrying a variety of risk items.

The seized meat products will be tested for foot and mouth disease and then destroyed.

"This will be the most expensive Maccas meal this passenger ever has, this fine is twice the cost of an airfare to Bali, but I have no sympathy for people who choose to disobey Australia’s strict biosecurity measures, and recent detections show you will be caught," AFF Minister Murray Watt said.

The passenger was issued a 12-unit infringement notice for failing to declare potential high biosecurity risk items and providing a false and misleading document. 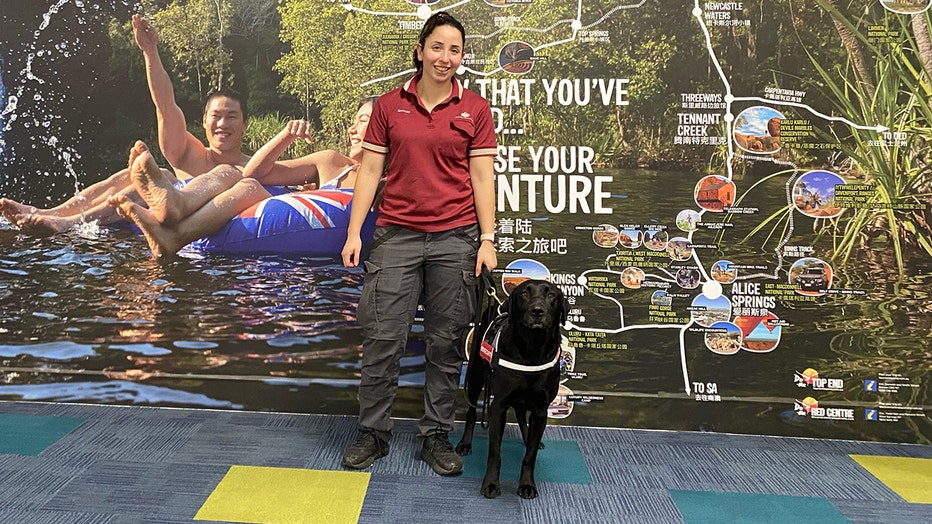 The government has also rolled out the detector dogs at Darwin and Cairns airports, sanitation foot mats at all international airports, along with support for Indonesia and neighboring countries.

Australia is attempting to remain free of foot and mouth disease.

"Biosecurity is no joke—it helps protect jobs, our farms, food and supports the economy. Passengers who choose to travel need to make sure they are fulfilling the conditions to enter Australia," Watt said.