ATLANTA - A retired Air Force lieutenant colonel becomes the 18th person to die from COVID-19 at an Atlanta assisted-living facility.

Edgar Lewis, 90, has never been on a plane when he joined the Air Force in 1949, just one year after integration. Lewis had a degree from Hampton Univerity and an aptitude to become a pilot. After 23 years in the military, he broke down numerous barriers, flew 226 missions as a fighter pilot, and retired a lieutenant colonel.

Lewis became a resident of Arbor Terrace about one year ago, he was battling Parkinson's disease but would eat breakfast three times a week with one of his granddaughters at the upscale assisted-living facility.

The 90-year-old great-grandfather tested positive for COVID-19 on April 3, but his family thought he would work through the deadly virus.

He had no symptoms and initially appeared alert during their porch visits.

"They would roll the window up. He would be sitting on the other side in his wheelchair and we would have conversation. That was only a month ago. I didn’t think he would pass away," his son Mark Lewis shared with FOX 5's Aungelique Proctor.

The younger Mr. Lewis said the porch visits were canceled and replaced with FaceTime visits, but when his father stopped eating a couple of weeks ago, he said he realized the virus was taking its toll. His biggest concern is how the Arbor Company communicated with families and whether employees got the equipment they needed. 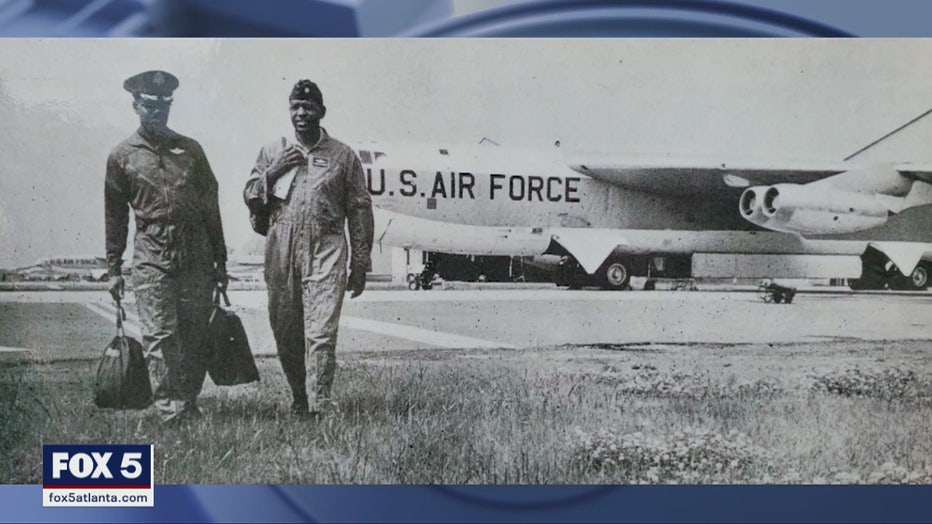 "I want to walk away knowing whether the Arbor company provided the staff with the proper tools to do their jobs. That is what I want to know," Lewis said.

He said the family had just given his father a huge 90th birthday. He described the aviator as a doting grandfather and great-grandfather, a 35-year consecutive runner of the Peachtree Road Race, and an avid golfer, who helped dozens of students secure scholarships.

"Golf was definitely a passion. He was a member of the Pro Duffers and they played all over. They traveled," Lewis recalled.

"He loved working with the kids. So he would go to John A. White Park with the First Tee program. He was one of the co-founders," he said.

"We are deeply saddened by the loss of a wonderful resident of our Arbor Terrace Cascade community. Our thoughts and prayers are with his family during this difficult time.”